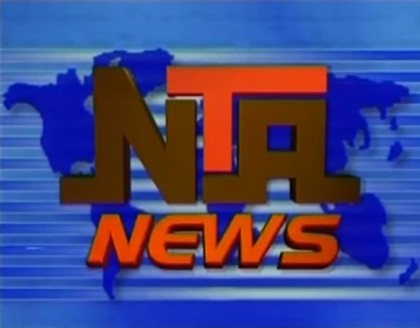 With just few days to Ondo state governorship election, Justice Salauwa of the court of appeal in Abuja has reinstated Eyitayo Jegede (SAN) as the people’s democratic governorship candidate.

The appeal court set aside the decision of a federal high court presided over by Justice Okon Abang, describing the inclusion of Jimoh Ibrahim as an error.

The Supreme Court had earlier cleared the coast for the appeal court following the dramatic withdrawal of 10 different applications by the Jimoh Ibrahim faction praying the Supreme Court to stop the court of appeal from hearing all the appeals relating to the dispute.

Jubilation in Akure over Jegede’s reinstatement as PDP governorship candidate

Shortly after the appeal court verdict, supporters of the PDP governorship candidate in Ondo state, Eyitayo Jegede took to the streets in Akure to celebrate.

The chairman of the Ahmed Makarfi faction of the PDP , Clement Faboyede praised the judiciary for the verdict.

Minister of Defense, Mansur Dan Ali has condemned the recent series of attacks and killing of innocent people in some parts of Zamfara state.

He described the recent attacks as callous, wicked and a barbaric act which must be condemned in its entirety.

A statement by the public relations officer to the minister, Col. Tukur Gusau says the federal government is on top of the situation and discussions are ongoing with relevant stakeholders in the state to consolidate the effort of the state government.

The statement adds that the minister has directed a quick increase of troop’s strength to boost the capacity of security agencies in the state.

The 4th Africa Arab summit has ended in Malabo, Equatorial Guinea with a pledge of two billion dollars by the Kuwaiti government in support of key development initiatives on the continent.

Chairman, Broadcasting Organizations of Nigeria, BON on, John Momoh has described the leadership qualities of the immediate past chairman of the organization , Yakubu Ibn Mohamed as exceptional and worthy of emulation.

Mr. Momoh spoke to the media after his acceptance speech as the chairman at the 66th general assembly of the organization in Abuja.

In the 21st century age of great awareness, can educators provide qualitative educational opportunities to children at moderate costs?

This was part of issues raised by representative of vice president Yemi Osinbajo at the 2016 educational conference by owners of private schools in Nigeria.

Nigeria’s Dr. Olumuyiwa Bernard Aliu has been re-elected as council president of the international civil aviation organization, ICAO for the next three years.

Nigeria’s minister of state, aviation Senator Hadi Sirika who attended the event in Montreal extolled the virtues of Dr. Aliu while appreciating representatives of ICAO member states contributions to his success in the tenure ending December 2016.

CAN President sue for Peaceful Co-existence Among Nigerians

The national president of the Christian Association of Nigeria, CAN Reverend Samson Supo Ayokunle has emphasized the need for peaceful co-existence among religious and ethnic groups in the quest for rapid development in the country.

The can president stated this when he granted audience to some inhabitants of part of Kaduna state allegedly attacked by herdsmen.

The chairman house committee on agriculture Mohammed Munguno has advocated the amendment of procurement act which he said has been responsible for the delay in the execution of projects in ministries, agencies and parastatals.

The chairman said this while on oversight visit to National Seed Council, Veterinary Council of Nigeria and Quarantine services.

The fight against corruption is receiving a boost as it goes beyond investigation and prosecution to blocking the loopholes in public and private organizations.

Police have dismissed nine officers for aiding and abetting crimes.

Force public relations officer DCP Don Awuna stated this at the force headquarters while parading the nine officers along with other 45 principal suspects arrested for armed robbery, kidnapping/ cattle rustling and car snatching.

5,235 Persons have been rescued from Insurgency -Nigerian Army

The Nigerian army says 5,235 people have been rescued from the insurgency.  The theatre commander of Operation Lafiya dole

Major General Leo Irabor stated this at a press conference in Maiduguri on the achievements of the operation.

The theater commander also reiterated the commitment of the military to combat and clear the remnants of the book haram insurgents.

The army general also stressed the need for the public to be security conscious and to report any suspicious face lurking around their premises.

Chief Judge of the federal capital territory, Justice Ishaq Bello has directed that visit to prisons is now to become part of the assessment of magistrates in jurisdiction.

He stated this while marking the 40th year of the legal aid council in Nigeria.

As part of efforts to fast track the actualization of development plans for the tourism sector, information and culture minister, Lai Mohammed has inaugurated a multi- sectoral committee to review the nation’s tourism master plan.