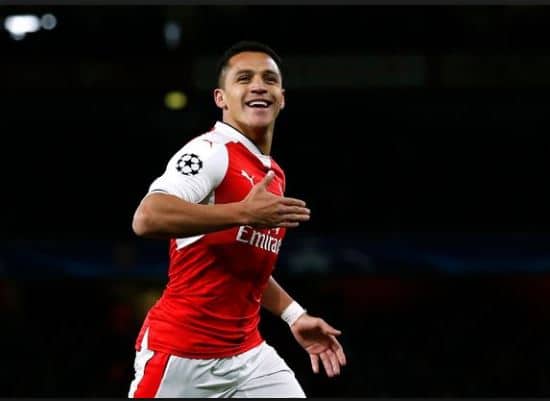 It has been some season so far for Alexis, and he continued his fine form with a brace as we secured a hard-fought victory.

Arsène Wenger praised his converted striker after scoring two goals for the gunners in their match day 12 home fixture against Bournemouth on Sunday.

READ: Dangote To Make A Bid To Buy Up Arsenal FC

“Even when he looks dead, he’s still alive and always finds the resources to do something special. He has that conditioning which allows him to always find an extra gear to be dangerous,” the Arsenal Boss said.

On contract talks with Alexis, Arsene said, “It is important. How important it is, I don’t know – we will not sort it tonight. We have some time in front of us.”

Alexis also talked about his performance after the 3-1 victory against Bournemouth, he said, “Thank you so much. I’m so happy for the two goals, but the team’s mentality is strong. The Premier League is very difficult but we continue, it’s more difficult for me, for the team. It’s the number one [league with the likes of] Chelsea, City… it’s the Premier League and I like it!”English improving…

When told that his English was improving, he replied, “I understand a little bit but now I’m so happy for my friend [Theo Walcott, having a baby], for the team together – the fans are fantastic. I’m so happy, now I go to my home with my dogs!”