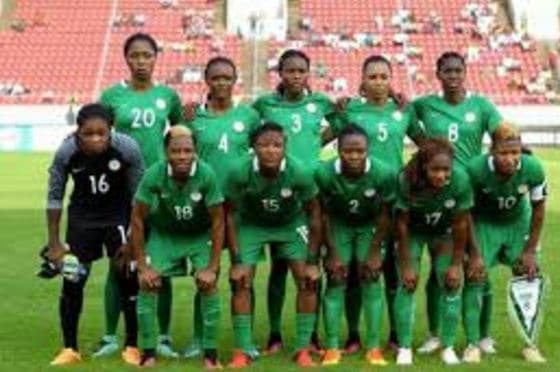 Holders Nigeria and Ghana completed the line-up for the semi-finals after convincing wins in their ultimate Group B matches on Saturday.

Nigeria’s Super Falcons put four goals past debutants Kenya in Limbe to finish tops in Group B whilst Ghana overcame Mali in the other fixture in Yaounde. Both teams finished on seven points apiece with the Falcons on top courtesy superior goals. Mali garnered three points and Kenya in the order pointless.

Nigeria got off the better of the two teams and taking a two-goal lead after only seven minutes capitalising on the sloppy Kenyan defence.

Midfielder Ngozi Okobi crowned her first start of the competition with the opener on three minutes before Faith Ikidi headed home the second four minutes later.

The Harambee Starlets soon came out of their shell with some delightful passing from Mary Wanjiku, Esse Akida and Janet Bundi. The Nigerians remained dominant and Uchechi Sunday should have increased the tally on 23 minutes after Asisat Oshoala put her through, but she shot across the face of goal.

Kenya coach David Ouma was forced to make his first substitution on 36 minutes when Bundi was stretched off following an aerial battle with Nigerian defender Onome Ebi. Her place was taken by Vivian Corazone.

Oshoala took the game beyond the debutants with the third goal eight minutes after recess and take her tally to six so far.

Substitute Desire Oparanozie put the icing on the cake on 89 minutes with a cool finish from a Francisca Ordega assist.

Elsewhere in Yaounde, Ghana’s Black Queens went up just before the break through central defender Linda Eshun. Samira Suleman doubled the lead on 68 minutes before captain Elizabeth Addo converted a penalty on 79 minutes. Binta Diarra grabbed a consolation for the Malians three minutes from time.

For the semis, host Cameroon will face Ghana in Yaounde whilst Nigeria battles South Africa in Limbe, both on Tuesday.