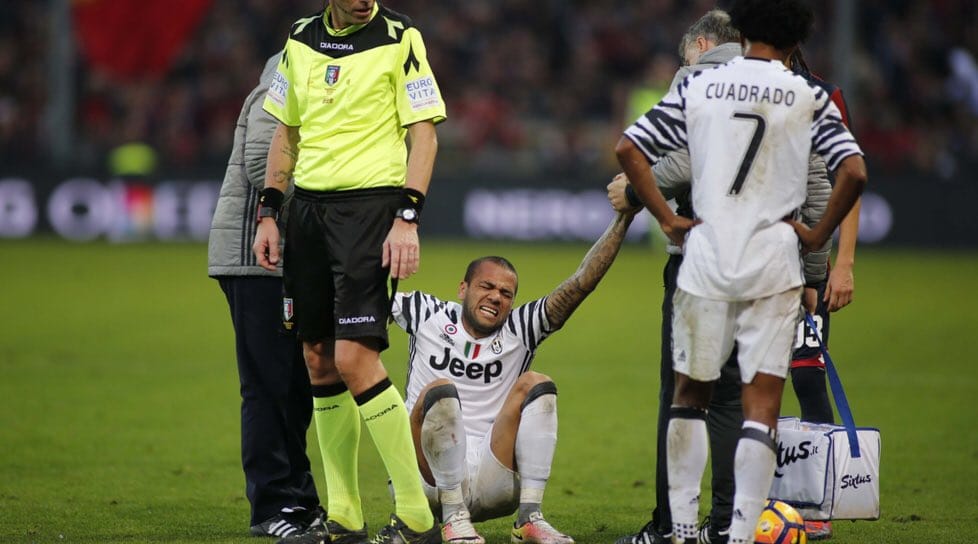 Juventus pair Dani Alves and Leonardo Bonucci have undergone preliminary medical examinations on leg after they were withdrawn prematurely from Sunday’s match against Genoa.

The Brazilian full-back was carried off on a stretcher during the 3-1 loss to Genoa on Sunday, with tests revealing that he suffered a broken leg

In a press statement by the Juventus Football Club, it was leant that Alves was immediately taken to hospital where it was revealed that the Brazilian had fractured the fibula of his left leg while Bonucci was taken off after straining the flexor muscles in his thigh.

“The respective conditions of both players will continue to be monitored in the coming days,” the club said.

The match ended 3-1 in favour of the home side.

The defeat for Juventus means that their lead at the top of Serie A remains at four points.