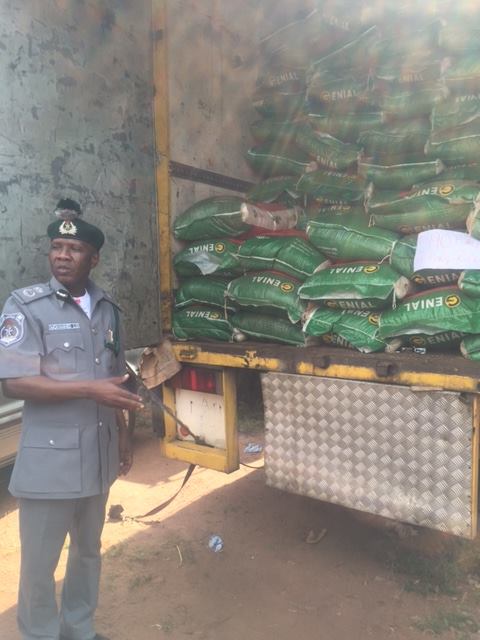 Onuigbo Ifeoma, Abuja: The reinvigorated anti-smuggling activities of the Federal Operations Unit, (FOU) Zone C of the Nigeria Customs Service (NCS) has resulted in the impounds of 29 prohibited items with a Duty Paid Value (DPV) of N1,074,099,739.00 and underpayment recovered of over N54 million.

Others impounds are 59 cartons and 1,964 pieces of spare parts, 39 pieces of used compressors, 29 bales of second-hand clothing as well as 480 pairs of used shoes and 9 vehicles of assorted types, all seized in the South East and South-South geopolitical zones of the country.

The Customs Area Controller-in-Charge of the Unit (FOU Zone C), Capt. Mohammed Uba Garka disclosed this while briefing newsmen on the items seized at the premises of both the Imo/Aba Command in Owerri and Benin warehouses of the NCS in Edo State.

He said that 18 suspects who were arrested in connection with the shady deal are now undergoing interrogation for possible prosecution. 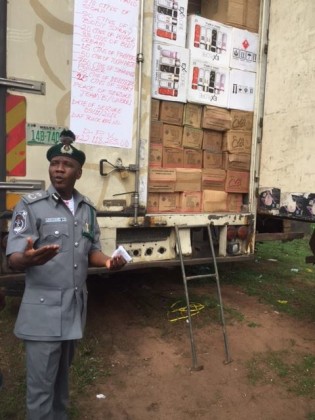 Beyond the above statistics, Mohammed said that the seizures represented the protection of the nation’s economy and security of the citizenry.

“Let me state clearly that it is simply not enough to inform you about the seizures and its DPV, what is of paramount importance is that we are implementing government’s policies that would boost our economic growth and provide employment”, he stated

According to Mohammed, many of the bags of the seized 50kg foreign rice were cleverly re-bagged and re-labeled by the smugglers to beat security checkpoints on the roads and to give the false semblance of locally produced ones. Just as some items such as body sprays were criminally used to conceal other prohibited items”.

He regretted that accident had continued to occur on the nation’s highways as a result of the rampant use of second-hand tyres being imported by smugglers, stressing that the ban on the importation of furniture and rice was meant to encourage public patronage and consumption of the locally produced ones to further boost the nation’s economy.

“If the rampant incidence of rice importation is allowed to go on, it would definitely discourage local production and consumption with a devastating effect on our economy.” 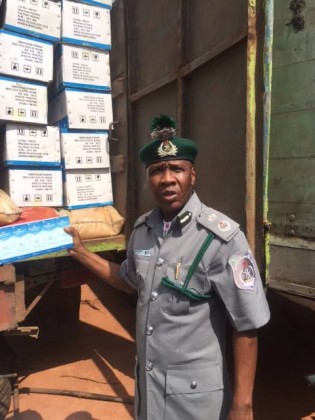 The Customs boss however made it clear that his men were not out to frustrate individuals who are into genuine business but are only interested in facilitating legitimate trade, stressing that those in illegitimate business have nothing to fear as the Nigeria Customs Service is poised to detect, arrest and prosecute only those who fail to comply with the relevant positions of the law.

He once more appeals to members of the public with useful information about smugglers, their agents, and collaborators to make such information available to the Nigeria Customs Service or to other Sister Agencies for necessary action. He added that the 29 seizures made were as a result of official intelligence gathering and information supplied to his men by some patriotic Nigerians.