Chuba Akpom To Be Loaned Out In January 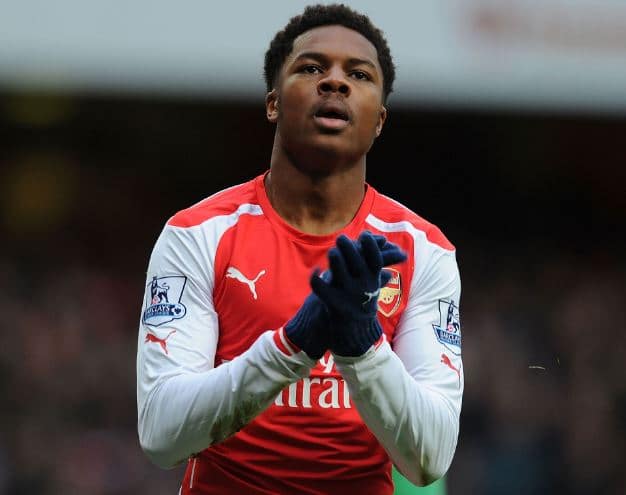 Arsenal aims to send striker Chuba Akpom out on loan in January.

Akpom, 21, is making good progress as he closes in on a return after suffering a back injury in September.

According to mirrow.co.uk, Arsene Wenger wants Akpom to continue his education back in the Championship after last season’s impressive loan spell with Hull.

And there will be no short of takers provided Akpom suffers no reaction in his rehab programme.

Cardiff, Fulham and Brentford – who took Akpom on loan two years ago – are keen.

Akpom has been limited to one first-team appearance this season, featuring in the 4-0 EFL Cup win over Nottingham Forest in September.

Chuba Amechi Akpom was born on 9 October, 1995. He is an English professional footballer of Nigerian descent who plays as a striker and center forward for Arsenal. He has represented England at youth international levels.

Akpom joined Arsenal at the age of six. He made his debut for the Arsenal U18 side at the age of 15, and signed his first professional contract with Arsenal on 10 October 2012, a day after turning 17.