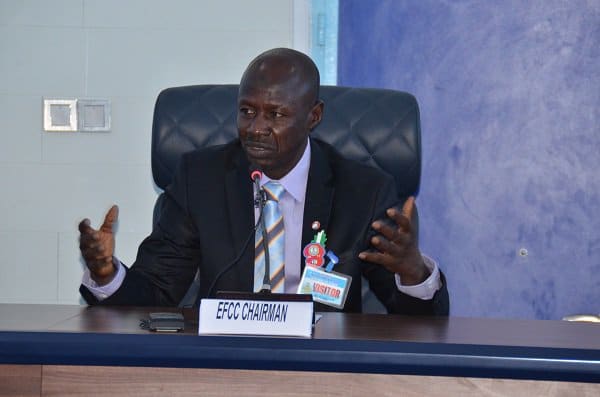 The Economic and Financial Crimes Commission (EFCC) has declared corruption as a crime against humanity and national security.

Mr. Ibrahim Magu, the Acting Chairman of EFCC, called for a concerted effort to tackle the menace when he visited the Chief of Air Staff, Air Marshall Abubakar Sadique, on Monday.

He visited the Air Force of the military to drum the message of anti-corruption in the military.

ALSO READ: Journalists Should Be In The Frontline In Fight Against Corruption – EFCC

Magu, who said anti-corruption fight should not be left for the EFCC alone, appealed to Nigerians to shun corruption.

“Everywhere, there is corruption. We must fight it. Corruption is a crime against humanity and a threat to national security.

“Let us all tackle corruption, even in the military, let us join hands together to kill corruption or at least reduce it to its barest minimum.”

He appealed to the CAS to use his good offices to mobilise women in uniform against corruption. 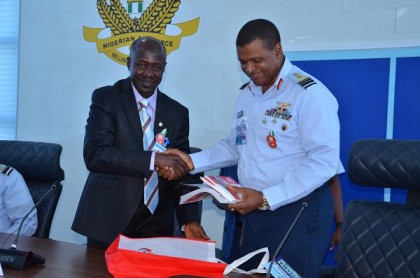 “When the women are effectively galvanised in the corruption fight, the battle is half won.

“They are the home builders, they are the nurturers of life”, he said.

He said that `Women Against Corruption’ campaign would flag off on 7th December 7, 2016 at the International Conference Centre, Abuja by the wife of the President, Hajia Aisha Buhari.

In his response, Sadique assured the EFCC that the Air Force would not be left behind in the effort to save Nigeria from corruption.

“Nigerian Airforce is collaborating with several agencies, especially in the area of Public Procurement, in tackling corruption”, he said.

“We are working round the clock to build capacity. We are going to reposition the Nigerian Airforce through capacity building.

“There is so much capacity gap, these we are bridging through training and retraining”, he said.

He commended the acting Chairman for his patriotism and zeal in fighting corruption which he said is unprecedented.

He promised he will do everything to continue to support the fight against economic and financial crimes in Nigeria.

The acting Chairman also visited the Nigerian Television Authority (NTA) to seek support and collaboration in the fight against economic and financial crimes.

Magu who said his visit was to thank the television station for the support in the past and to ask for more, requested for collaboration in sensitization for Women Against Corruption programme. 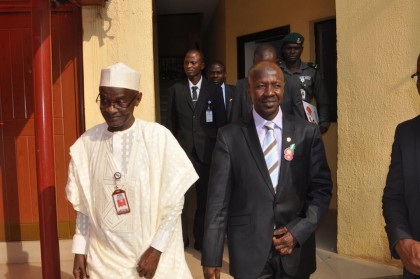 According to him, the role of women as nation-builders, as mothers, wives etc cannot be over emphasized.

Magu, who described the NTA as critical in information dissemination and public enlightenment in respect of the fight against corruption, stressed that the anti-corruption fight required the collaboration of all stakeholders as EFCC alone cannot do it.

The Director General of the NTA, Mr. Yakubu Ibn Muhammed, commended the acting chairman of the EFCC for his selfless service in the fight against corruption, described corruption as a cankerworm which is responsible for Nigeria’s underdevelopment.

“It is a shame that Nigerians now send their children to countries that were not too long, looking up to us for succour.

Quoting President Muhammadau Buhari, he said: “If we don’t kill corruption in Nigeria, corruption will kill us.”