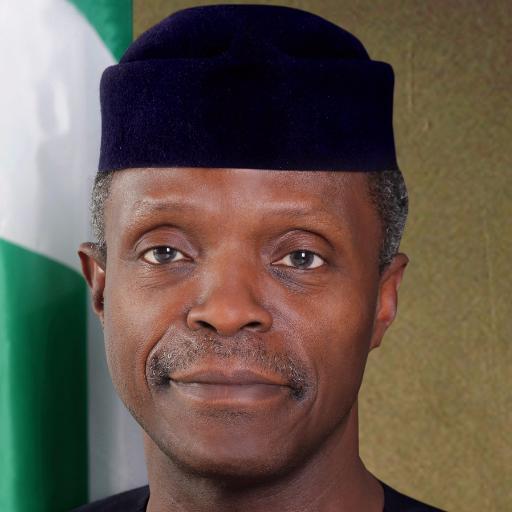 Laolu Akande, Abuja:  In a consistent demonstration of the administration’s determination to press the diversification agenda and promote private sector projects in partnership with the Federal Government, Vice President Yemi Osinbajo, SAN, continued his tour of industries in the country today visiting two Agric-based factories in Sagamu.

Only last week Thursday, the Vice President visited about six industrial firms in Anambra State delivering messages of encouragement and partnership by the Federal Government.

According to Prof. Osinbajo, while speaking at a tour of a N64B food processing industrial complex earlier today, the Federal Government is looking at some game-changing projects “such as we have here” that requires serious investment and significant investment.

He stated that the Buhari administration would support such game-changing projects such as the multi-billion Naira food processing industrial complex underway in Sagamu by the Honeywell group and the Shea-Butter Factory owned by the Lad Group in the same town.

The Vice President who took along other top government officials including top officials from the Ministry of Industry Trade & Investment, Bank of Industry, and the NEXIM Bank.

Below is the verbatim remarks by the Vice President at his first stop today in Sagamu:

“Let me first say how pleased I am to be here today, as a guest of the Honeywell Group.

More importantly to perform what I think is a very important assignment. The president as you know has talked very much about diversifying the economy as our way out of the recession. It is the right and proper thing to do for the country, that seeks to be, at some point, to be properly independent economically, and that’s the primary reason why I’m here. It’s because we are definitely trying to identify those industries and those enterprises that can really help in bringing that to pass.

Anyone who knows the pedigree of the chairman of Honeywell will agree that he is one of those who has contributed to the indigenous growth of the Nigerian economy very seriously over the years. So when he spoke to me about this project, I was quite certain that it will be a worth while project; a serious enough project for the Federal Government to be interested in and to at least want to partner with him, one way or the other, and that is the primary reason why I am here today.

The Federal Government very strongly believes that there is no way of delivering on our economic agenda without a serious partnership with the private sector.

Our entire budget size for 2016 is something in the order of just over six trillion Naira, and we will probably be moving to about seven trillion in the 2017 budget. But seven trillion is certainly not the kind of money, it does sound like a fair amount of money, but certainly, its not the kind of size that can really make a huge difference in a ninety trillion Naira economy such as we have.

The real contribution is going to come from the private sector and that’s why these partnerships are absolutely important to us, and what we are looking at is some game-changing type of projects, such as we have here. The types of projects that can make a real difference, because when we are talking about backward integration, the whole rural value chain. When we are saying agriculture is the way to go, from agriculture, we can employ a lot of people and then the whole value chain, from farm to table; we can do so much.

That requires serious investment, it requires the types of enterprises where significant amounts of resources will have to come, in order to make that difference.

And so we are trying to partner with the kinds of serious investors, serious businesses that can really make a difference. And I think that this project is one such investment that i believe will make a significant difference. From listening here  today (to what has been said) especially all about the local products, the crops and grains that are going to be used in this factory; Sourgum, the feed mill factory, wheat; all these are for us right on point.

With some of what we are getting, the better yields coming from the wheat that we see today, we think that what you’re doing is going to be really tied to that, because we must be self-sufficient, even in wheat production.

We thought that was impossible a few years ago, but what we are seeing now is that there are actually better yielding seeds that we can lay our hands upon, that can increase the yield, especially in wheat, and I think that this tied very well with that.

At the moment there is a shortage of animal feed everywhere, especially because of the shortage of maize. So the feed mill is going to be absolutely important in achieving some of our objectives. The sorghum mill is really a big attraction, so we think that what you are doing is really spot on, it’s really the right way to go and we certainly are committed to supporting the Honeywell Group in ensuring that this happens and we ‘ll do all that is required to make sure that this projects succeeds.

We think that there are very very important synergies with other areas of the economy as well and we naturally expect that lots of jobs will come from this, as that is important to us here will be plenty of industrial opportunities, quality jobs that will mean more taxes as well.

I want to say how excited I am to be here and to see the really interesting things that are going on here and also to assure you all the support of the Federal Government. We certainly will be looking at all of the various ways that we can assist with ensuring that this project comes to conclusion in very reasonable time, and that we are able to take advantage of the benefits as quickly as possible.

Thank you  very much.”