Femi Adesina, Abuja: President Muhammadu Buhari congratulates the Nigeria’s Super Falcons on their victory over the indomitable Lionesses of Cameroon on Saturday at the final game of the women’s Africa Cup of Nations in Yaounde. 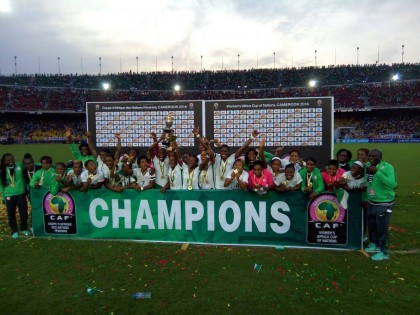 Super Falcons, Champions of Africa for the 8th Time