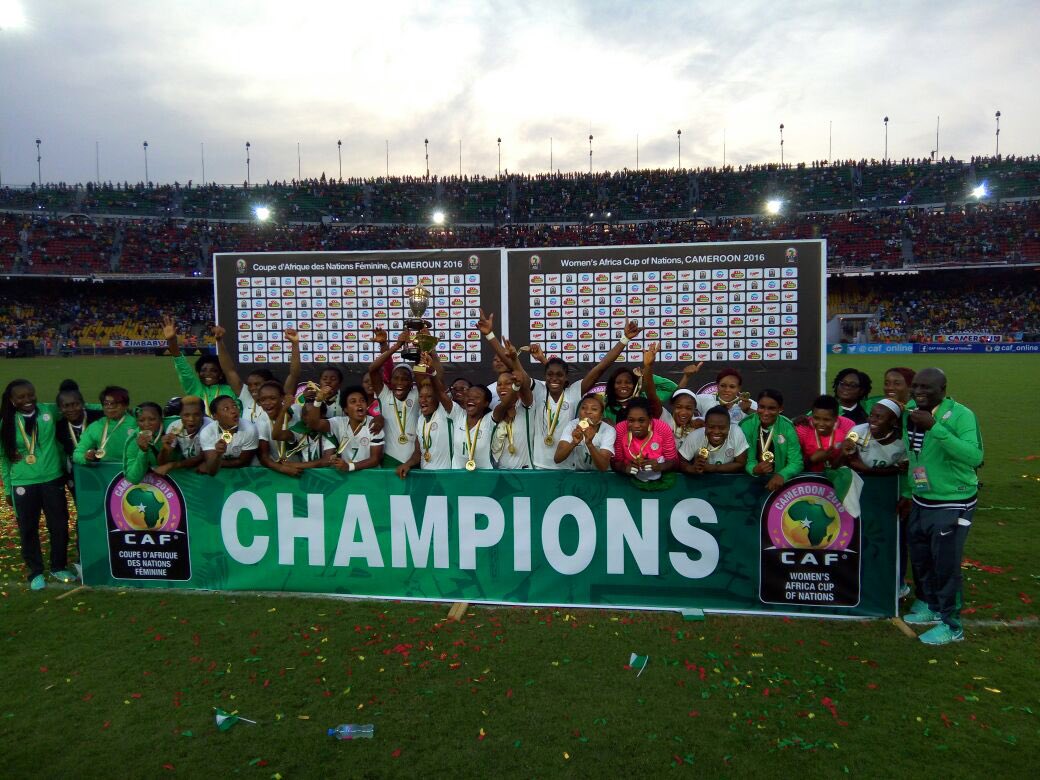 President Muhammadu Buhari congratulates the Nigeria’s Super Falcons on their victory over the senior female football team of Cameroon on Saturday at the final game of the women’s Africa Cup of Nations in Yaounde.