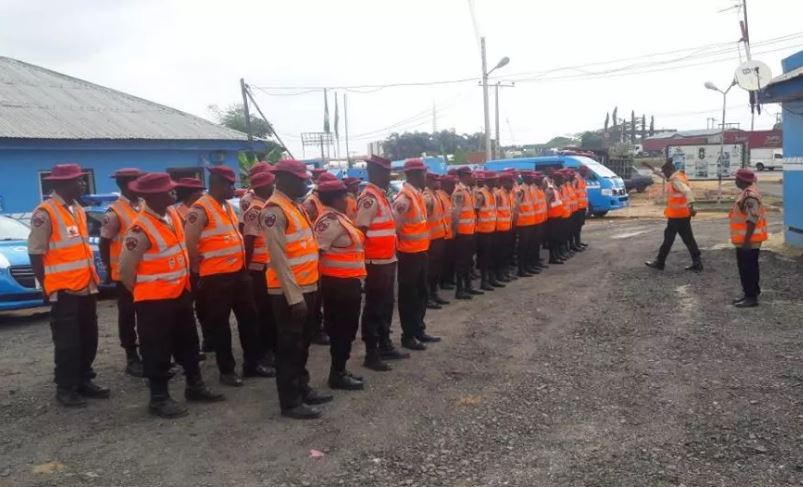 The Federal Road Safety Corps (FRSC) has issued a statement to dissociate itself from the rumours making rounds that the Corps has distributed arms to its Officers and Men, and calls on Nigerians to disregard such claims as there is no basis of truth in it.

In a statement issued by Bisi Kazeem, the Head-Media Relations and Strategy of the Corps, he clarified that the Corps Marshal of FRSC, Boboye Oyeyemi was misquoted when he decried the number of his staff that were killed by errant motorists avoiding arrests, which he said would have been avoided if the Corps were to bear arms.

He further stressed that even though the Operatives of the Corps have undergone regular arms training at different intervals from 1992, and more recently too, the Corps has no plan to include it as a part of the operations at the moment.

With reference to the amendment of the FRSC Establishment Acts of 2007, which permits road traffic managers to bear arms in the same manner other sister agencies do, Kazeem stated that it has never been the priority of the Corps under the leadership of past and present Corps Marshals to implement it.

He concluded that it was pictures of Officials of the Corps that had undergone arms training that the same mediums misquoting the Corps Marshal are using to support the claim that the Corps now bears arms.

The Corps Marshal used the opportunity to call on motorists to obey traffic regulations and desist from harming operatives of the Corps who are only out to ensure that road crashes are reduced   drastically.

ALSO READ: FRSC: No Going Back on Speed Limit Devices

The unpleasant trend in the nation’s road traffic system which resulted in an upsurge in road traffic accidents made the Federal Government initiate a search for a credible and effective response to the challenge.