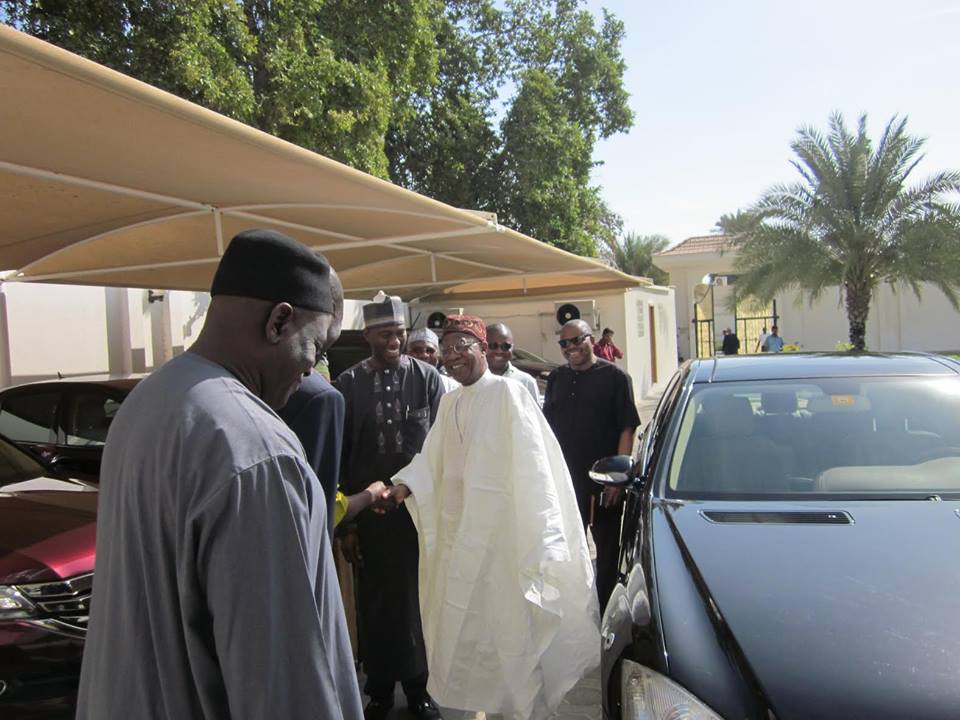 Segun Adeyemi, UAE: The Minister of Information and Culture, Alhaji Lai Mohammed, has said corrupt elements are doing everything possible to obfuscate the good work of the present administration, as a response to the government’s determined fight against corruption.

Addressing the staff of the Nigerian Embassy in Abu Dhabi on Sunday, the Minister said as the government fights corruption, corruption is also fighting back, using even unsuspecting sources, adding: ”This is the biggest challenge facing the administration at the moment.”

He, however, assured that the Administration remains determined and focused in its efforts to root out corruption in the country.

He also said the Ministry is considering setting up a Foreign Service Information System as part of plans to furnish the Missions with much-needed information, especially for prospective investors and tourists.

The Minister told the Embassy Staff that apart from using the traditional means of communicating with the people, the Administration has resorted to holding Town Hall Meetings in order to better inform Nigerians of the activities of government, as well as to get the necessary feedback on government’s programmes and policies.

He disclosed, however, that the Town Hall Meetings, which has been held in five states and Abuja so far, will be held on a sectoral basis from next year, in order to provide more information to Nigerians on key sectors, including Agriculture, infrastructural development, and the economy.

Alhaji Mohammed also announced that efforts are being made to revitalize the National Orientation Agency (NOA), which he said is the closest to the grassroots, with a view to strengthening to be able to communicate the programmes and policies of the Administration to Nigerians

“We are reinventing the NOA in a more professional manner. The challenge is to better equip the NOA staff with the latest communication facilities so that they can do their work more effectively,” he said.

The Minister, who was in Abu Dhabi to attend the International Conference on the Safeguarding of Cultural Heritage in Conflict Areas, said the Administration has acquitted itself creditably in fighting the insurgency in the North-east, tackling the incessant clashes between farmers and herders and taking concrete measures to end the militancy in the Niger Delta.

He said the government has already provided 200,000 of the 500,000 jobs it promised under the N-Power Volunteers Programme, while at the same time embarking on an agricultural initiative that will see Nigeria become self-sufficient in rice and wheat in the shortest time possible.

On the economic recession, Alhaji Mohammed said ”We are spending our way out of this recession, we are investing massively in infrastructural development: roads, railways, power etc, and creating jobs in the process.”

Earlier, the Charge d’Affaires, Mr. Nura Rimi, said the Embassy is carrying out its assignment diligently in spite of the challenges facing it, adding that it recently bagged an award for excellence from the United Arab Emirates authorities, one of only three missions in the UAE that won the award.

Issues raised by the Embassy Staff in their interaction with the Minister include the suspension of flights to Abuja by Emirates Airlines, the visa restriction to Nigerians willing to travel to the UAE, the need for Nigeria to tap from the $350 million renewable energy fund that is available in the UAE and the possibility of Nigeria partnering with the UAE Red Crescent to assist the Internally Displaced Persons in the North-east.