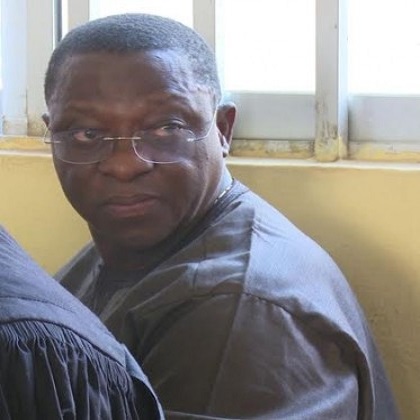 The trial of a former governor of Plateau State, Joshua Dariye, could not go on, December 9, 2016, at a Federal Capital Territory, FCT, High Court, Gudu, Abuja, due to the absence of a defence witness.

Head, Media & Publicity of the EFCC, Wilson Uwujaren disclosed this in a press release on Friday in Abuja.

Dariye, a serving senator, is being prosecuted by the Economic and Financial Crimes Commission, EFCC, before Justice Adebukola Banjoko, of the FCT High Court, on a 23-count charge bordering on money laundering and diversion of funds.

He is accused of diverting about N1.2 billion from the state’s Ecological Fund, to private companies and individuals.

The defence was supposed to present its thirteenth witness, but counsel representing Dariye at today’s sitting, Fidelis Kaatpo, who held brief for lead counsel, Garba Pwul, SAN, told the court that two of the witnesses he intended to present had not been served summons, as their addresses could not be located.
“The court bailiff was unable to serve them with the summons because they were not reachable,” he said.

However, prosecuting counsel, Rotimi Jacobs, SAN, expressed great concern about the delay in calling the witnesses, noting that the trial had been on for a long time and the prosecution had since closed its case on June 6, 2016.

According to Jacobs, “unnecessary adjournments may delay the conclusion of this matter”. Justice Abebukola Banjoko, while adjourning to December 13, 2016, for the defence to continue with its case, ordered that the witnesses be served fresh summons.