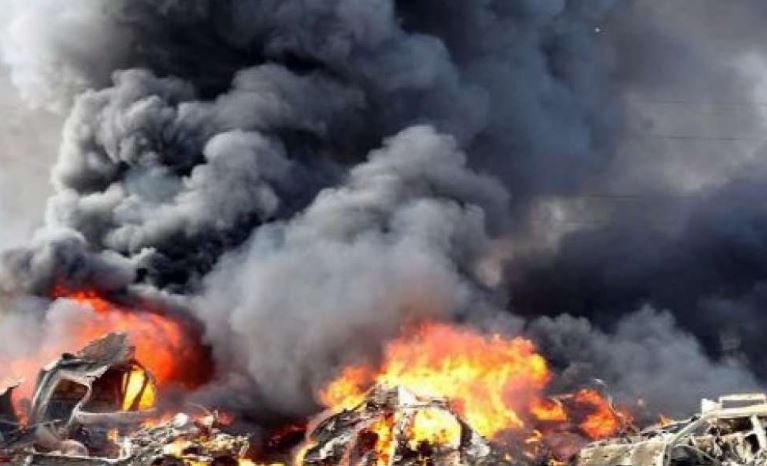 Bello, however, said the number of casualties was yet to be ascertained.

Also confirming the incident, the Chairman of Madagali Local Government, Alhaji Yusuf Mohammed, said the incident which occurred around noon was at the animal and grains sections of the market.

“Certainly there is casualty but I can’t really give you a figure for now,” Mohammed said.

A resident of Madagali, who simply identified himself as Hamma, said many people were affected as the blasts occurred around the busy areas of the market.

“You know today is our market day. I just pray God to minimize the casualty,” Hamma said.

Also, Police spokesman Othman Abubakar confirms the blasts but says he has no toll of victims yet.

Boko Haram Islamic extremists are blamed for the attack Friday morning on the edge of the group’s Sambisa Forest stronghold, which Nigeria’s military has been bombing ahead of ground assaults.

Since the military has dislodged the extremists from towns and villages this year, the insurgents have been attacking soft targets.

Madagali lies some 276km from the Adamawa State capital, Yola.

It can be recalled that two bomb blast occurred in Maiduguri on different days in October this year which claimed several lives. The military at different occasion had averted suicide attempts by terrorists in 2016.