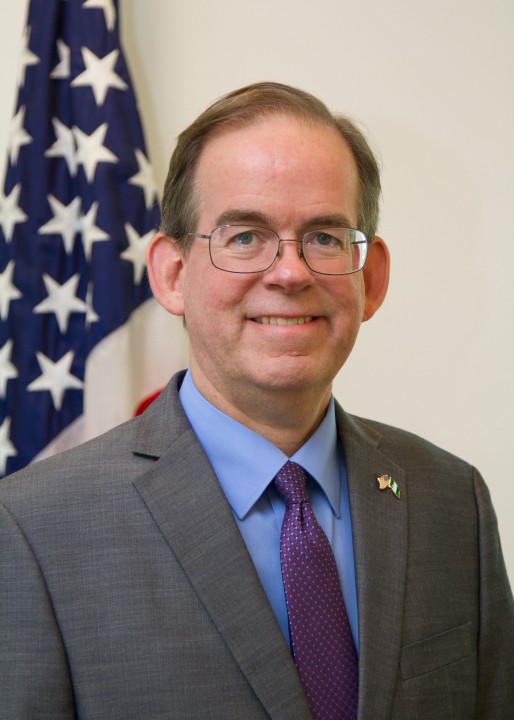 David J. Young has been serving as the Deputy Chief of Mission, US. Embassy Abuja, Nigeria since August 2016.

Temitope Ponle (Abuja – NAN): The United States has reiterated its commitment to assist Nigeria in recovering stolen funds stashed in the country from past administrations.

Deputy Chief of Mission, U.S. Embassy, Mr David Young, gave the reassurance at an event to mark the International Anti-Corruption Day in Abuja on Thursday.

“We know the recovery of stolen assets which are in the U.S and in other countries is an important part of that effort.

“We are committed to partnering with the Nigerian Government, moving forward.

Young said that the repatriation of the stolen funds was a “systemic effort that would take time adding that there were legal obligations that had to be met.

The deputy head of mission also reiterated that corruption impacted negatively on governance and achieving the Sustainable Development Goals (SDGs).

He further said the government had a variety of means in place to fight corruption and was committed to working with Nigeria.

He said the event, organised by the embassy, would result in an honest dialogue that would evaluate the country’s progress in the fight against corruption.

Participants at the event also called on Nigerians not to see the war against corruption as the government’s responsibility alone.

They also called for enhanced cooperation among institutions responsible for maintaining law and order.

Latona added that inter-agency cooperation was important in tackling corruption.

“All hands are welcome to fight this scourge,” he said.

Oglafa called for strict anti-corruption measures to be put in place to ensure the actualisation of the SDGs.

“Corruption is not our problem; our major problem is education; we are talking about systems that should work.

“Corruption is the impediment to SDGs, that’s why we are saying the EFCC, ICPC, Code of Conduct Bureau are not enough.”

Participants at the event were drawn from the legislature, the judiciary and civil society.