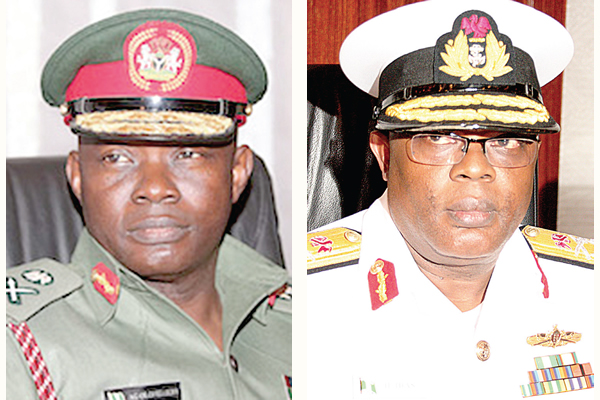 Femi Adesina, Abuja: It is necessary to respond to a fictive story published in today’s edition of New Telegraph Newspaper, to the effect that President Muhammadu Buhari has approved the replacement of Chief of Defence Staff, General Gabriel Olonisakin, and Chief of Naval Staff, Vice Admiral Ibok-Ete Ekwe Ibas, as Service Chiefs.

The newspaper, rather than rush to print an unsubstantiated story, would have done better to confirm the information at its disposal, from many available military and government information channels. It then would have avoided the self-inflicted wound of publishing a one-legged story that is not completely true and damaging its brand in the process.

Gen Olonisakin is due to retire from the Army next week, having satisfied the official number of years in service. He is yet to be replaced. But the Chief of Naval Staff has a short while more, and President Buhari could, therefore, not have approved his replacement yet. 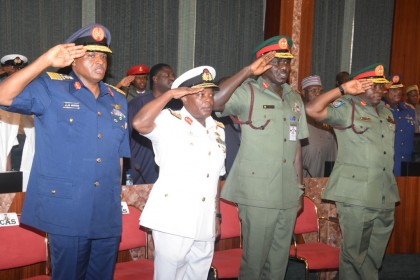 This administration has repeatedly pledged commitment to transparency and accountability, and one of the hallmarks of that is making information available to the media. But when some sections of the media would rather speculate cross-check and double check information, then it borders on deliberate mischief. That, surely, is not the way to go, for national cohesion and development.