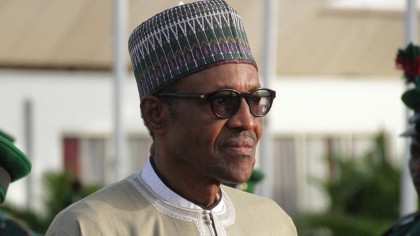 (NAN) Upon inception, the President Muhammadu Buhari led government identified corruption as the bane of Nigeria’s socio-economic development and vowed to nip it in the bud.

Ever since, the anti-corruption onslaught has gained a new momentum and verve; and is undoubtedly, yielding results.

Nonetheless, stakeholders are of the view that for greater efficiency, there is a need for a new approach in the anti-corruption fight.

They, say there is a need for concerned authorities to re-strategise the on-going war against corruption beyond legalistic to socio-scientific approach with a view to ensuring success.

Prof. Femi Odekunle, a member of Presidential Advisory Committee Against Corruption (PACAC), who was the Pre-Inaugural Lecturer, said that the legalistic approach had not allowed the war to succeed.

Delivering a paper entitled: “Fighting Corruption in Nigeria: The Journey to Date”, Odekunle said the legalistic strategy was beneficiary to lawyers and perpetrators in the circumstance that “one is innocent until proven guilty”.

“The guiding precepts of this strategy, along with others as due process and fair hearing, originated in historically different socio-political and economic circumstance and against different pattern ad kinds of crimes.

“Thus, while the strategy may do for common crimes, such as theft, burglary, assaults or murder, it is inappropriate for the crime of corruption”, he said.

Odekunle opined that it was imperative to adopt a strategic approach that complementarily tilts more towards the socio-scientific than the legalistic.

He said that such approach would take cognisance of variables such as nature of crimes and the perpetrators.

Consequently, he called for the establishment of a task force team to comprise fresh graduates that could be planted in various organisations to check activities of others.

“Summarily, the Task Force (hereinafter referred to TF) would be non-judicial and non-legalistic and would be aided by compensation-earning whistle-blowing arrangement, in a solicitation/receipt of voluntary return of stolen public funds in cash or kind.

“This will go along with a rational formula for the random but systematic identification of ‘un-cooperative culpables’ for  handing-over to the anti-graft agencies for further processing.

“The mandate of TF would cover medium-to-large-scale corruption by both public and private sector officials from January 1986 to date.

“The work and decisions of the TF would be fact-based and non-judicial.’’

The professor of Criminology said that membership of the TF would be made up of Nigerians of proven integrity who had never been found wanting before, and which membership would include representatives of professional/youth/women/occupational/civil-society organisations.

He said that the TF would publicly advertise and enlighten all and sundry about its mandate and invite all past looters since 1986 to voluntarily confess and restitute with forfeiture of a minimum of 75 per cent of value of loot within a window of three months.

According to him, the TF will publicly advertise to encourage and invite whistle-blowing with promise of protection of identity and a 10 percent reward from any actually-recovered stolen funds arising there-from.

“With this approach, there will be more credible and observable effectiveness of the fight against corruption as well as relative minimisation of the wrecking legislative and judicial shenanigans that currently obtain and sustain the prevailing untoward corruption-environment.

“There will be a coordinated and focused structure against corruption under the presidency without concerned agencies distracting the president from his onerous responsibilities.

“Bringing past corrupt officials to account will help in sabotaging the mindset of impunity among both the public and private sector elites as well as convince the population,’ he said.

Sharing similar sentiments, former chairman, Economic and Financial Crimes Commission (EFCC), Mallam Nuru Ribadu, said there was need to take to a retrospective step in the fight against corruption.

Ribadu said that tackling corruption would involve going back memory lane to look at actions and policies of successive leaders of this country and their attitude towards corruption.

He said it was important, in taking stocks of the fight against corruption in Nigeria, to acknowledge the efforts of various stakeholders without whom much result might not be achieved.

“Agreed that that the chief executives are the drivers of the process and it is from their body language that the rest of the country flows, however, the two other arms of government; the judiciary and the legislature are essential for any progress in this regard.

“There are also non-state actors such as the media and civil society groups who often set the agenda and give the needed backing at critical junctures.

“All the agencies promoting transparency and fighting corruption came into being the legislature passed the necessary bills into law.

“This is the same thing with the judiciary; we have had very iconic, astute and honest judges who worked with the fear of God and patriotism.

“Our superior courts have on many occasion showed commitment to the fight against corruption; I cannot remember in my years of service, when the Supreme Court went against anti-corruption efforts,’’ he said.

He said that all efforts to whittle down the powers of EFCC and ICPC were vehemently rejected by the Supreme Court.

In his remark, NOUN’s Vice-chancellor, Prof. Abdalla Adamu, said that there was a nexus between corruption, bad governance and under-development.

Represented by NOUN’s Deputy Vice-chancellor, Admin, Prof. Victor Adedigbe,  Adamu said the topic of the inaugural lecture underscored the need for  every government to show commitment in the fight against corruption in the country.