(NAN) The operators of Mavrodi Mondial Moneybox, MMM, a ponzi scheme, are battling to console millions of panic-gripped Nigerians.

Some three million Nigerians are believed to have invested in the scheme.

MMM on Tuesday, frozen by one month, payments of both capital and 30 per cent interest accruing to investors.

The announcement jolted Nigerian investors and prompted an investor to contemplate suicide.

A man in Makurdi in Benue state of Nigeria was reported to have ingested insecticide after he learnt of the development and was quickly rushed to the hospital.

In order to forestall further negative reaction to the crash of the programme,
the Lagos State Emergency Management Agency, LASEMA, has cautioned that suicide rate ‘may’ rise in the state.

LASEMA gave the advice after a twitter user cautioned that suicide rates may increase in Lagos, due to the controversial ‘pause’ of the scheme.

On its Twitter handle @lasemasocial, the LASEMA RESPONSE UNIT dropped an emergency number to call should any case of suicide arise in any part of the state. 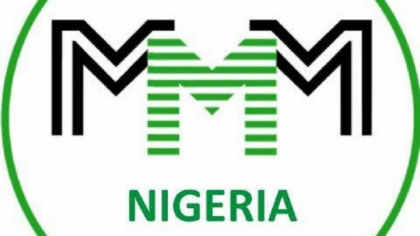 Meanwhile, top MMM guider, Chuddy has addressed MMM investors on the one month freeze of accounts.

In a blog post on MMM BLOG on Tuesday, Chuddy called for calm among investors.

He said the open letter explains why the one month freeze was implemented, adding that it was to put the Nigerian Government and MMM haters to shame.

“This isn’t the first of its kind. It happens when there are excess PANIC in the system It was placed on Zimbabwe and after the duration it was lifted.

“As MMM Freezes And Goes Offline Few Weeks Before Christmas This idea is brought forward to Calm the members down on intending Threat the FG and Mass media has planned on the system.’’

Meanwhile, Nigeria’s anti-grant agency, Economic and Financial Crimes Commission (EFCC), has responded to a Twitter user who called the agency out for letting Nigerians fall victim to the MMM scheme.

The Twitter user, @Lolami_Boo, called out the EFCC, asking other MMM users to hold the agency responsible for the alleged crash of the MMM.

The user wrote: “Where the hell was EFCC? Isn’t it your job to stop crap like this?”

In a swift response, the EFCC on its official handle @ officialEFCC said, “You mean amongst the plethora of venality we fight daily, Ponzi schemes aren’t sustainable?

“There were a number of warning.”