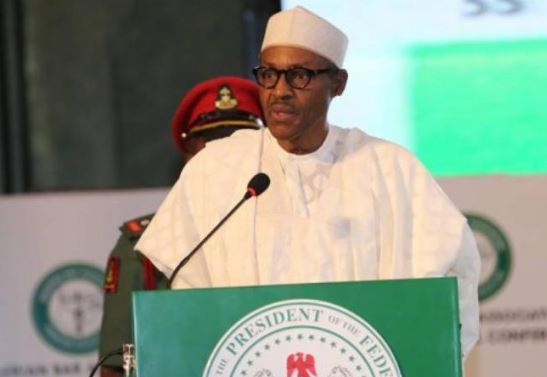 Nigeria has budgeted N110 billion for the  implementation of Presidential Amnesty Programme and the rehabilitation of the Northeast region devastated by the activities of the Boko Haram insurgency.President Muhammadu Buhari stated this in his presentation of the 2017 budget estimates at the National Assembly, Abuja, on Wednesday.

He said that the allocation for the Presidential Amnesty Programme had been increased to N65 billion in the 2017 Budget while N45 billion had been set aside for the rehabilitation of the North East region.

According to him, the N45billion earmarked for the North East would complement the funds domiciled at the Presidential Committee on the North East Initiative as well as commitments received from the multinational donors.

“Provision has also been made in these estimates for activities that will foster a safe and conducive atmosphere for the pursuit of economic and social activities.

“In this regard, the allocation for the Presidential Amnesty Programme has been increased to N65 billion in the 2017 Budget.

“Furthermore, N45 billion in funding has been provisioned for the rehabilitation of the North East to complement the funds domiciled at the Presidential Committee on the North East Initiative as well as commitments received from the multinational donors.

On agriculture, the president revealed that agriculture remained at the heart of his administration’s efforts to diversify the economy, saying that the proposed allocation to the sector in 2017 was at a historic high of N92billion.

He said this amount would complement the existing efforts by the Federal Ministry of Agriculture and Central Bank of Nigeria (CBN) to boost agricultural productivity in the country.

Accordingly, he said, his administration’s agricultural policy will focus on the integrated development of the agricultural sector by facilitating access to inputs, improving market access, providing equipment and storage as well as supporting the development of commodity exchanges.

He said: “Government realizes that achieving its goals with regard to job creation, also requires improving the skills of our labour force, especially young people.

“We have accordingly made provision, including working with the private sector and State Governments, to establish and operate model technical and vocational education institutes.

“We propose with regard to healthcare to expand coverage through support to primary healthcare centres and expanding the National Health Insurance Scheme.”

He said the programme would provide loans for traders and artisans, Conditional Cash Transfers to the poorest families and the new Family Homes Fund (social housing scheme).

“The N-Power Programme has recently taken off with the employment of 200,000 graduates across the country, while the School Feeding Programme has commenced in a few States, where the verification of caterers has been completed

“As we pursue economic recovery, we must remain mindful of issues of sustainable and inclusive growth and development.”

He maintained that the significant vote for the Federal Ministry of Water Resources in the 2017 budget reflected the importance attached to integrated water resource management.

The president, therefore, stated that many river-basin projects had been prioritized for completion in 2017.

“Similarly, the increased vote of N9.52 billion for the Federal Ministry of Environment (an increase of 92% over the 2016 allocation) underscores the greater attention to matters of the environment, including climate change and leveraging private sector funding for the clean-up of the Niger Delta.” (NAN)