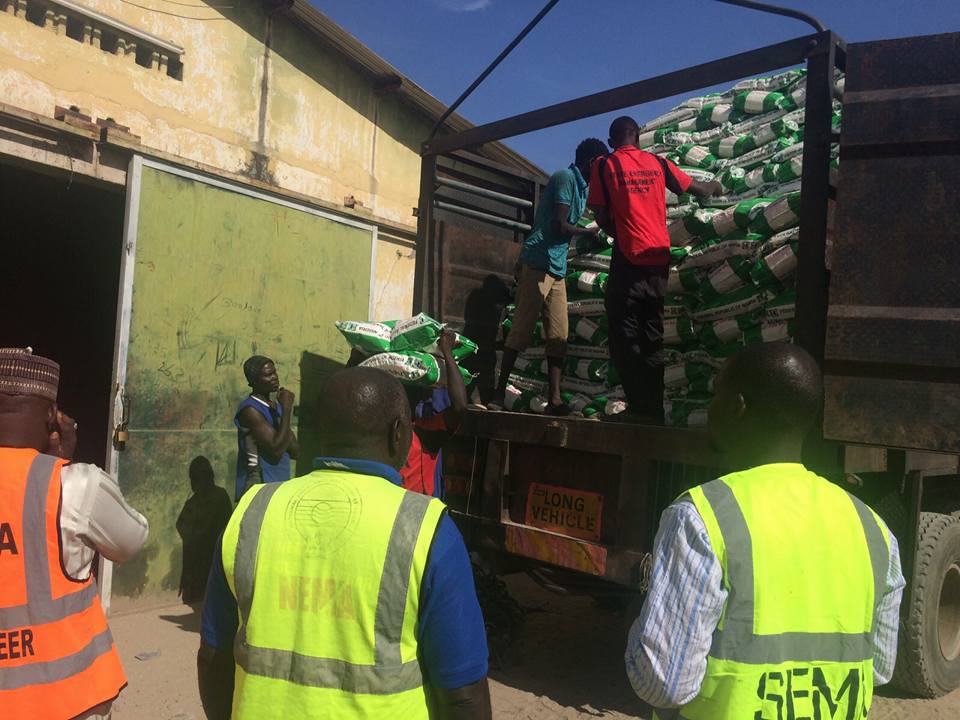 Isa Gusau, Maiduguri: Borno State Government will from January 2017, kick start quarterly distribution of rice and other food staples freely to millions of its indigent citizens across the 27 local government areas of the State, Governor Kashim Shettima has announced. The intervention is nicknamed ‘stomach Infrastructure ‘ in some parts of Nigeria. The step taken is in addition to the allocation of N5.4 billion naira for Economic activities that aim at human empowerment activities in rural areas.

The measure, titled, “Critical Welfare Programme’ aims at assisting citizens in the face of economic recession as contained in the N183 billion Appropriation bill presented by Governor Shettima on Wednesday at the Borno State House of Assembly in Maiduguri.

‎”‎Government is very mindful of the brutal fact that there are hunger and anger in the land arising from economic hardship, which in our case, is made worse by our peculiar situation. In our bold response, the Borno State Government will from January 2017, begin a quarterly distribution of free bags of food items to deserving citizens across the entire State as part of critical welfare programme. The distributions which will God willing, take the start in January 2017, will be designed in a manner that will maximally reach those in need” the Governor announced.

Shettima explained during his presentation that even in ordinary times, the majority of its citizens do not find it easy to meet their economic needs that include feeding their families. He noted that one of the number essences of Government is to cater for the welfare of citizens in addition to far-reaching economic measures being deployed by the State Government to stimulate the local economy through its ongoing efforts to establish 10 industries, it’s massive investment in Agriculture, education and other social economic sectors of the State.

Our correspondent reports that the State has also allocated N5.4 billion in its 2017 budget for the State’s Ministry of Poverty Alleviation to provide assorted poverty alleviation materials, financial grants, small scale enterprises as well as financial assistance to communities in the rural areas affected by Boko Haram insurgency.