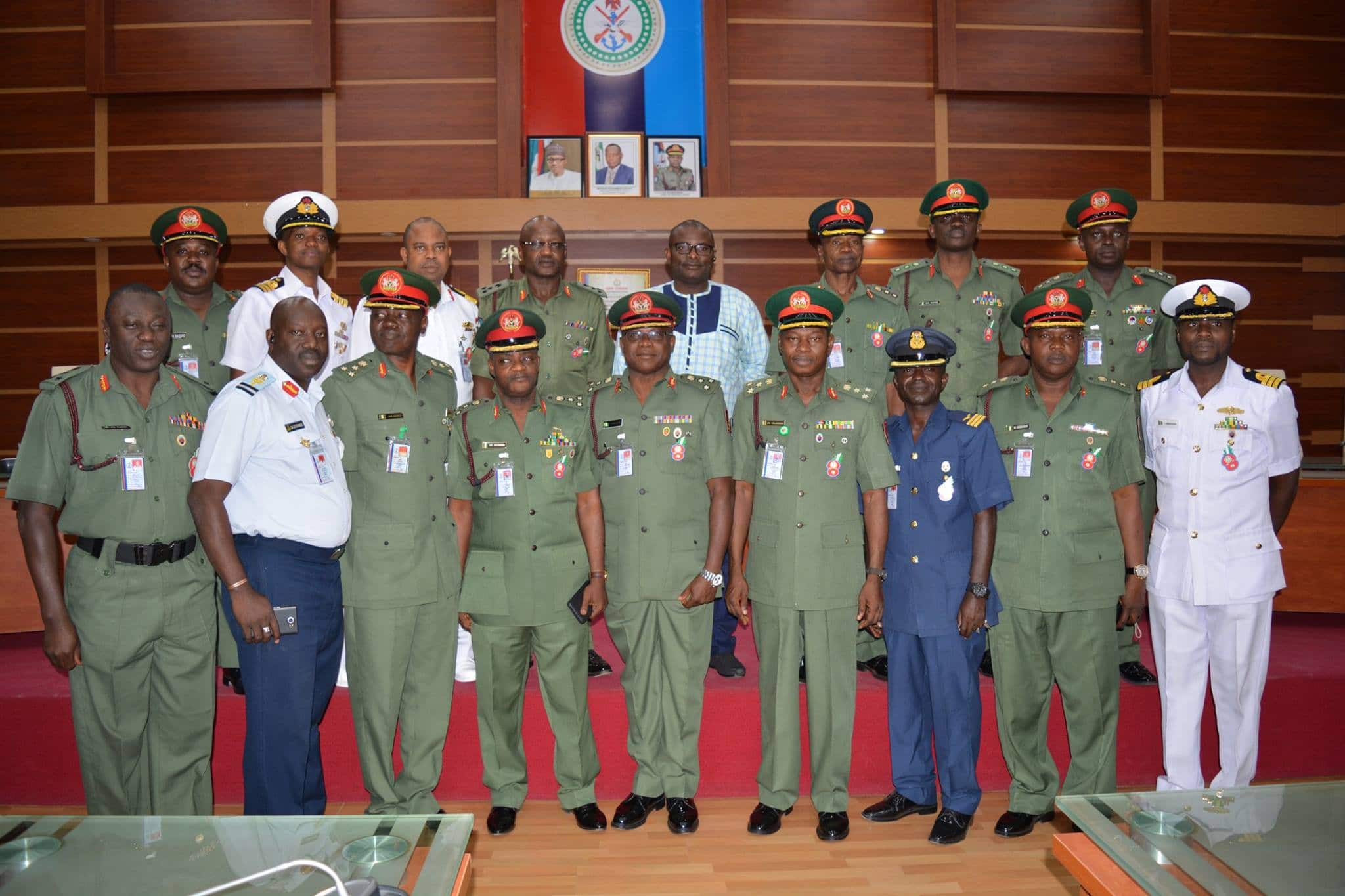 The Chief of Defence Staff (CDS) General Abayomi Gabriel Olonisakin has decorated 13 newly promoted Senior Officers serving in the Defence Headquarters in recognition of their hard work, dedication to duty and loyalty to the country.

The CDS who was represented by the Chief of Policy and Plan, Air vice Marshal Bashir Saidu charged the officers to justify their promotion by working hard and by exhibiting exemplary character in their various offices.

He reminded the Officers into the new rank that to whom much is given, much is expected.