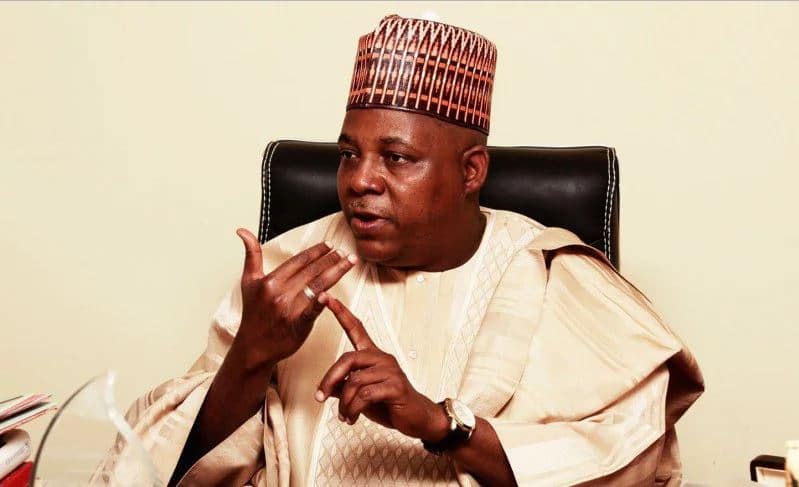 ‎Borno State Governor, Kashim Shettima has described the outgoing year, 2016 as one that witnessed a major breakthrough in the ongoing fight against the Boko Haram insurgency, saying the year is so far his best in the last five years, since he assumed the mantle of leadership on May 29, 2011 and reelected in 2015. The Governor also said there was no Christmas and New Year Gift to the people of Borno State better than the fall of the Sambisa forest which served as headquarters of the Boko Haram fighters.

Shettima spoke at the official re-opening of Maiduguri-Gubio- Kareto-Damasak road and Maiduguri -Monguno-Baga road leading to the northern part of Borno State at a mini ceremony attended by the Chief of Army Staff, Lieutenant General Tukur Buratai on Sunday afternoon along Gubio road in Maiduguri.

“I would want to start by declaring, that since I became the Governor of Borno State in over five years, this is the best Christmas season I have witnessed; this is the best December I have witnessed and the year, 2016 is my best year so far, as Governor of Borno State. 2016 is for me, Nigeria’s year of victory and Borno’s year of Hope and Resurrection. It is in this 2016 that we began to have access to major towns like Gwoza, Bama, Dikwa, Monguno and Damasak following their liberation by our gallant armed forces. It is in the year 2016 that major highways began to be re-opened. It is in the year, 2016 that we accelerated our major reconstruction of liberated communities; it is in the year 2016 that IDPS began to return to communities; it is in the year 2016 that we recovered some of our daughters abducted at Government Secondary School, Chibok in 2014; and fellow Nigerians, it is in the year 2016, that the Federal Republic of Nigeria established it’s supremacy over the Sambisa headquarters of the Boko Haram. For Government and the good people of Borno State, there is no better Christmas and New Year Gift that is more precious than the conquer of Sambisa Forest by our sufficient military” Kashim Shettima said.

The Governor also said the two roads re-opened have significant economic benefits to the people of his State.

“This is an important economic road through which hundreds of trailers convey agricultural produce from farming communities in northern Borno to markets in different parts of Borno State. We are extremely happy to have this road added to the list of other major roads re-opened earlier in 2016.
Like I said before, the year 2016 is so far my best but I pray to our merciful God to make the year 2017, more prosperous in the fight against insurgency, more prosperous in the fight against militancy, kidnapping, cattle rustling and armed robbery and more prosperous on the recovery of our Nation’s economy”.

The Governor Kashim paid glowing tributes to President Muhammadu Buhari, service chiefs, officers and men of the Nigerian Armed Forces for their different roles in the fight against insurgency. “Many persons made sacrifices, including giving up their lives for us to have peace and for these roads we are about re-opening, to be freed from the control of insurgents” Shettima noted.

The Chief of Army Staff, Lieutenant General Tukur Buratai who spoke before Gov. Kashim, cautioned against extortion of ‎motorists who would ply the road. He also advised against inducement of soldiers, maintaining that troops are well taken care of by the Army command. The Chief of Defence Staff who was was represented by the Chief of Administration said counter insurgency efforts would be sustained to prevent re-grouping of insurgents.

After a mini ceremony , Governor Kashim Shettima cut the tape mounted by the military to declare the road re-opened for motorists.

Our correspondent reports that the two roads were closed by the military following the activities of Boko Haram since 2014. The insurgents had taken over population centres of most local government areas along the two major roads including Damasak, Malam-fatori, Baga, obbar, Marte and other communities, all of which have been liberated by the military with the last being Malam-fatori where Lieutenant Colonel Muhammad Abu Ali was killed.