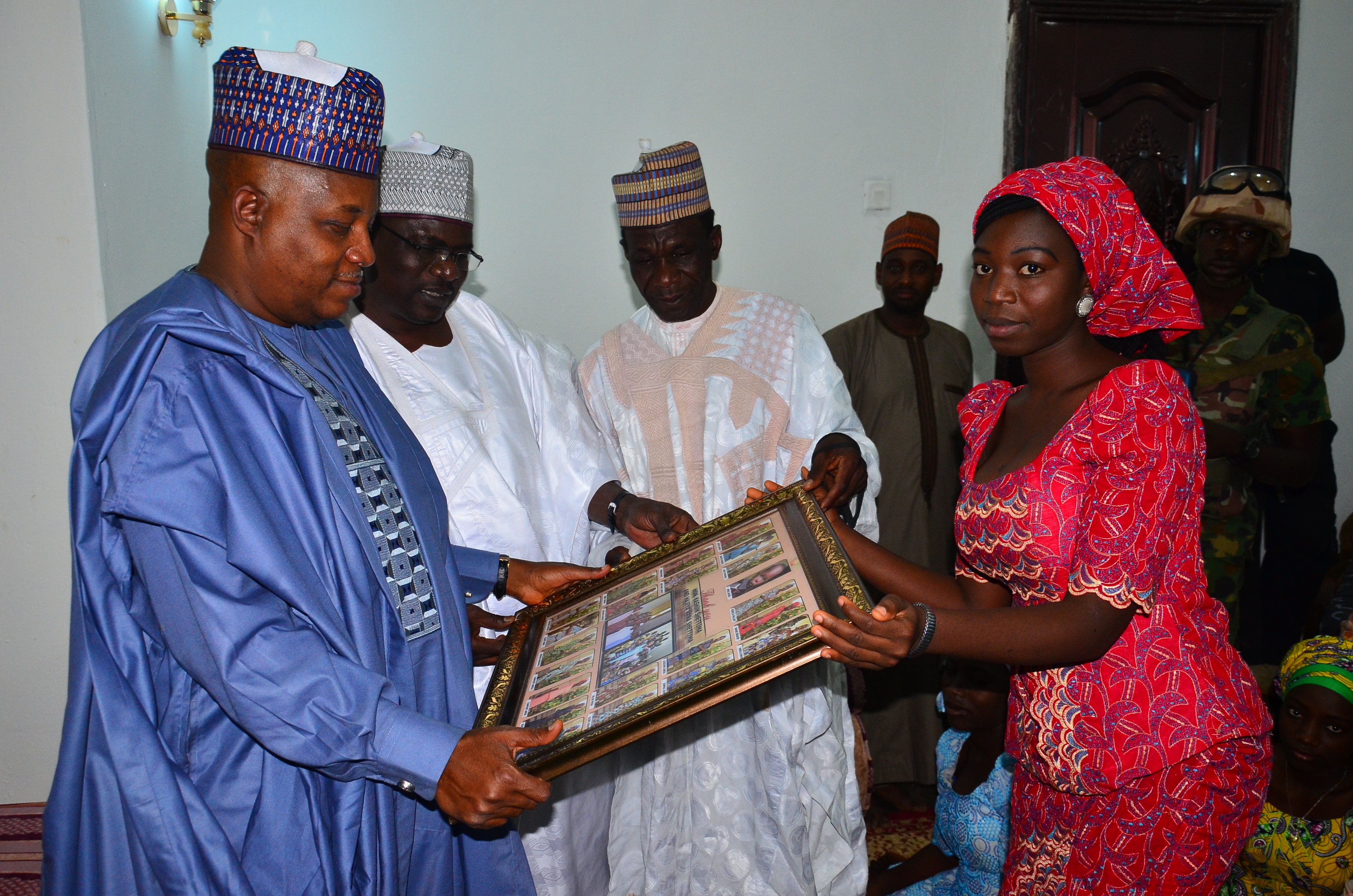 Isa Gusau, Abuja: Borno State Governor, Kashim Shettima spent the whole of Monday, being Boxing Day, in Chibok town, where over 200 schoolgirls were abducted by Boko Haram insurgents at a Government Secondary School on April 14, 2014, after a night attack.

While in Chibok, the Governor met 21 schoolgirls freed by the Boko Haram in October 2016 following a negotiation with the insurgents that was brokered by International mediators. The 21 girls have been in custody of the Federal Government in Abuja but were brought to Chibok to mark their first Christmas since abduction over two years ago. ‎Armed soldiers and officials of the Department of State Security escorted the 21 girls to Chibok and remain their strict guards throughout the Christmas.

After taking off by road from Maiduguri early morning on the Boxing day, Governor Shettima hosted the girls to celebration mood at a Government building in Chibok. Shettima was accompanied by Senator Mohammed Ali Ndume, the Senate Majority Leader who represents Borno South where Chibok is located.

The girls were very excited meeting Shettima again after they had met him in Abuja days after their freedom from Boko Haram’s captivity.

The girls were happy that they presented a gift to medium size photo frame with a bold ‘THANK YOU’ printed on it. ‎The frame has pictures the Governor took with the girls when he visited them in Abuja months back. The frame also has individual pictures of each of the 21 girls.

Glory Dama, one of the 21 girls, presented the photo frame on behalf of her colleagues. She said they deeply appreciate the show of love by Governor Shettima and his wife, Nana Shettima. The Governor’s wife has visited them countless times in Abuja and whenever she visits, she demands to know their needs and she met them all, Dama said during the presentation. “Governor Shettima is a dear father”, the girls screamed as they all wore faces of happiness.

Governor Shettima told the girls that with their cheerful mood, the next concern had to be their future.

“As you know, 56 of your colleagues who escaped abduction are currently in two international schools where they have been since 2014. We are taking care of all their educational needs from school fees to other basics. Left to me, I would want the 21 of you to join them in those two schools so that you can all feel at home and move on. However, the Federal Government has a plan which we will jointly discuss and come up with a decision that is acceptable to you our daughters. President Muhammadu Buhari loves you so much and he is deeply concerned about our daughters that are yet to be freed. He is working on that and we are all working” Shettima said. 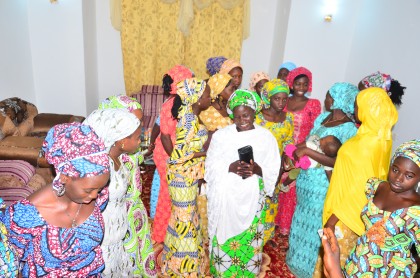 Shettima also announced the appointment of ‎Yakubu Nkeki, the Chairman of an association of the Chibok schoolgirls’ Parents as councilor of Mbalala ward in Chibok local government area.

‎”We appointed Yakubu Nkeki as councillor for him to have a formal platform to continue his advocacy for the welfare of families of missing Chibok girls, for him to ensure that they are given special consideration at all times by the local government area on all issues, particularly on welfare, on issues of their health, empowerment etc. Keke will also serve as a constant reminder to the council that there are parents like him who live in pains. He is simply there to advocate for the welfare of the parents and also as someone who has been a victim, he will stand by efforts of Government to protect schools through Community surveillance in addition to formal security establishments” Shettima said.

The Governor also consoled parents whose daughters are yet to be recovered, promising that all hands are on deck to ensure the return of all the girls. “I will be meeting the parents tomorrow (Tuesday)” he said.

Shettima ‎ordered the presentation of assorted clothing to the girls and their parents. The Governor had earlier donated clothes to the girls in Abuja.

“Nothing is too much for these girls and their parents. They have suffered too much and deserve our support” the Governor said.

After a whole day stays in Chibok on Boxing Day, Shettima drove to Askira ‎town where he passed the night and scheduled to return to Chibok on Tuesday for meetings with community leaders and separate meetings with parents whose schoolgirls are yet to be recovered and those of the 21 girls freed in October. Askira, where Shettima slept, was attacked by insurgents in 2014 forcing residents including the Emir to flee to Maiduguri. The Emir returned some months back after the palace was rebuilt by Governor Shettima. Hundreds of residents returned with the Emir.