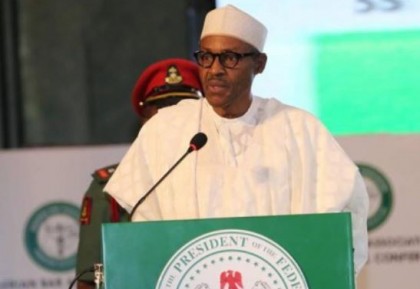 President Muhammadu Buhari’s visit to Bauchi scheduled to take place December 29 has been postponed arising from the prevailing weather conditions in the country.
Senior Special Assistant to President, Garba Shehu said, Uncooperative weather which has been the bane of air travel in the current harmattan season, leading to the delay and cancellation of flights, reared its head in Abuja Airport this morning, preventing the take-off of the President’s plane for the trip to Bauchi.
Technical information received from the weather station showed that visibility as at this morning was 600 meters, 200 meters short of the 800 meters minimally required for a safe aircraft take-off.
According to the information available, the visibility was expected to drop to 300 meters before improving to permissible limit later in the day.
The commander of the Presidential Air Fleet, Air Commodore Hassan Abubakar, said that the Presidential Aircraft was in perfect condition, the weather in Bauchi was alright, but that the problem was in Abuja.
In canceling the visit to the state, President Buhari expressed regret over the disruption caused by the bad weather. In a recorded audio and video message, he said he looked forward to the visit in the course of which he was to commission an Air Force medical facility and a number of other projects by the state government. He said he also intended to thank the people for their relentless support in all his political undertakings.
“We make our plans, God makes His own plans,” said the President.
President Buhari thanked the Government and people of Bauchi State and the Nigerian Air Force for the studios and elaborate preparations made to receive him and assured that he is going to visit the state at a more auspicious time.
Meanwhile, the Minister of State for Aviation, Senator Hadi Sirika, in his reaction, said the Federal Government is planning to upgrade the Instrument Landing Systems (ILS), at the country’s major airports, to ensure that they are working better.  This is with a view to minimizing the sort of flight disruptions that have featured every harmattan season.