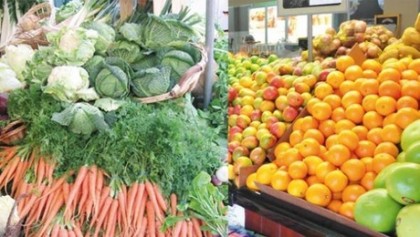 In continuation with the sensitization of our citizens on the devilish strategy of the terrorists, the Nigerian Military authorities have discovered that the Boko Haram terrorists are determined to continue letting off bombs and have resorted to masquerading as fruits and vegetable vendors wheeling Improvised Explosive Devices (IEDs) as groceries into crowded areas.

The terrorists now hide IEDs under vegetable wares in carts and wheelbarrows and move to crowded places where they detonate them for maximum casualties. The recent terrorists attack in the North East is a case in point.

Having been effectively dislodged and decimated the BH terror group has begun some systematic isolated attacks mainly on soft targets in their desperation to remain relevant.

The Defence Headquarters hereby advises the general public to constantly be alert to this latest terrorist tactics and to report promptly any suspicious persons or objects to the nearest security agency.

While commending the general public and the media for their continuous support so far, all citizens are once again reminded that security is everybody’s concern therefore, they should join hands with the security agencies to eliminate the remnant of the terrorists.

NEWER POSTI Assure You That I Go To Bed And Wake Up Every Day With The Chibok Girls On My Mind ~ President Buhari While Meeting With BBOG
OLDER POSTAlleged N34bn Fraud: Court Issues Bench Warrant on Tompolo