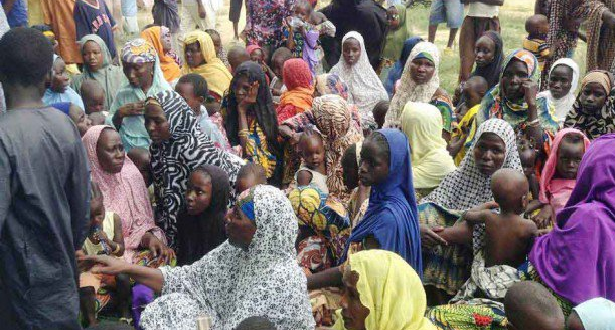 Buhari Orders Customs To Distribute Seized Rice, Others To IDPs

The Service Public Relations Officer, Wale Adeniyi, disclosed this in an interview with the News Agency of Nigeria in Abuja on Sunday.
According to Mr. Adeniyi, the Comptroller General has set up a national committee that would coordinate and manage the movement and the transfer of seized relief items to give effect to the President’s directive.

He said the relief items currently in government warehouses for distribution to the IDPs included goods that had been forfeited to the Federal Government of Nigeria.

“It is important to stress that these items are only those that have been condemned properly in the competent court of law and have been forfeited to the Federal Government of Nigeria.

“They include food items like rice, vegetable oil, spaghetti and essential items like soap, used clothing materials, mosquito nets, beddings and others,’’ he said.

Mr. Adeniyi said that members of the committee were drawn from Customs Service, Army, Air Force, Police, Immigration Service and the EFCC.

According to him, the customs boss also included some NGOs, civil society organisations and the media to give the committee a measure of transparency and credibility.

He said that customs had taken an initial step to determine the locations of the IDP camps.
He said that the service had thought that IDPs camps were only in Borno and Adamawa states, but discovered that there were over 20 of such camps.

However, he said that the distribution of relief items to the IDPs would slightly be different from the previous ones the service had done.

He said that the service would go beyond the IDPs camps to communities and villages where Nigerians had been displaced.

Mr. Adeniyi said that the service learnt that some of the IDPs were returning to their communities and these IDPs also lacked the essential relief items.

“We expect that the exercise will take a period of about eight weeks and the trip will start very soon.
“The exercise is going to be slightly different from what we have been doing before because we want these things to end up directly with the end users.

“We are going to be working with state governments, community leaders and other relief agencies to ensure that these items get to the IDPs in a secure and transparent manner,” Mr. Adeniyi assured.

Hundreds of thousands of people were displaced by the Boko Haram insurgency that has ravaged north-eastern Nigeria.