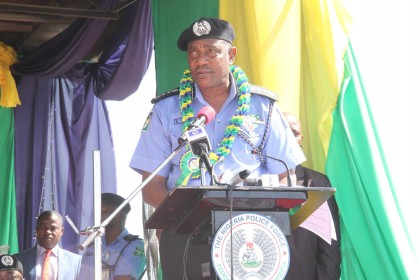 The Force Management Team has taken a step towards the restoration of civil authority in Adamawa, Borno and Yobe, some of the liberated areas in the North East as it deployed the Deputy Inspector-General of Police in charge of Department of Operations, DIG Sotonye Wakama, to move with a team of intelligence officers to the area for need assessment and other scooping activities.

Speaking on Tuesday in Abuja, during an interactive session organised by the Senate, the Inspector-General of Police, IGP Solomon Arase, fdc, NPM, stated that the Police is carrying out a scooping mission aimed at relieving the Military of some duties for law and order to be restored in the part of the country.

The IGP, while noting that guaranteeing the safety of persons and property, and restoring public trust in the maintenance of order and stability remain the cardinal keys in re-establishing a working society after violent conflict.  He further said the Nigeria Police Force will deploy more personnel and equipment to the North East to provide Police security and to create a secure environment necessary for the return of IDPs to their respective communities.

He reiterated that the Nigeria Police Force places a high value on the preservation of human life and believed that the prevention of crime is its number one operational priority and will therefore involve the community in the delivery of these services. He added that Police operational response will result to an improved quality of life for citizens.

IGP Arase, therefore, calls on all stakeholders, especially the press to give maximum cooperation to Police officers and other law enforcement agencies to ensure the restoration of civil authority and successful integration of the people who were displaced by the activities of the Boko Haram insurgency.

NEWER POSTFULL TEXT: Speech By President Muhammadu Buhari President At The Reception For Nigerian Athletes And Officials Who Did The Nation Proud At International Competitions
OLDER POSTAddress By President Buhari At The Signing Of Updated Abuja Commitment On Polio Eradication At The Presidential Villa