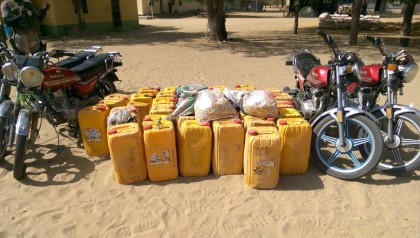 During the operation, the Boko Haram terrorists suffered heavy casualties and some escaped with gunshot wounds. The troops recovered 13 motorcycles, 1,170 litres of Premium Motor Spirit (PMS), stored in 39 jerry cans.