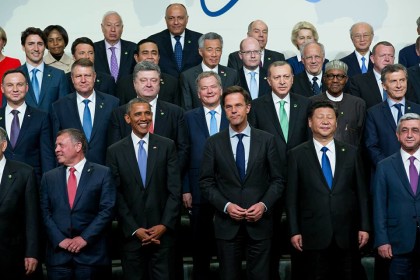 President Barack Obama of the United States has challenged World leaders to do everything within their powers to keep Isis and other terrorists groups from ever getting their hands on not only Nuclear but any weapons of mass distraction in the best Interest of humanity.

Speaking at the opening of the 2016 Nuclear Security Summit in Washington DC, President Obama described nuclear terrorism as the most immediate an extreme threat to global Security.

President Muhammadu Buhari is among the nearly 60 world leaders at the summit.