Mary Abigail 2015 World Cup winner with USA, better known as Abby Wambach, was arrested Saturday night in Portland, Oregon, and charged with driving under the influence of intoxicants. 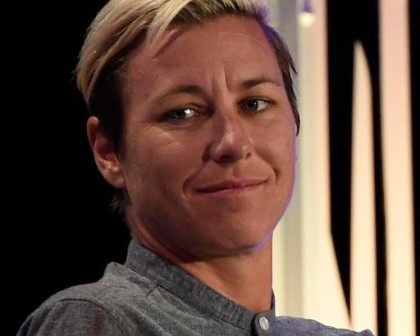 The 35-year-old former football start with all-time leading scorer with 184 goals for United States was arrested at 11:05 p.m. after she ran a red light in a 2014 Range Rover.

Sergeant Pete Simpson Portland Police Bureau spokesman confirmed the arrest after she failed a field sobriety test, the officers transported Abby to downtown Portland for a breath test, which the star also failed.

Simpson said the Olympic gold medalist was “polite and cooperative throughout the investigation” and was released after processing.

Immediately after Wambach was released, she posted on her Facebook “Last night I was arrested for driving under the influence of intoxicants in Portland after dinner at a friend’s house.”

“I am so sorry to my family, friends, fans and those that look to follow a better example.”

Wambach was two-time Olympic gold medalist for the United States of America.