As the Senate President, Bukola Saraki trial commenced, a detective at the Economic and Financial Crimes Commission, EFCC, Michael Wetkas narrated to the tribunal how the Senate President allegedly used fictitious names to launder billions of naira, alleging that one of Saraki’s personal assistants, Abdul Adama made transaction 50 times into the then Governor’s account in a single day, broken down to N600, 000 and N900, 000 each. 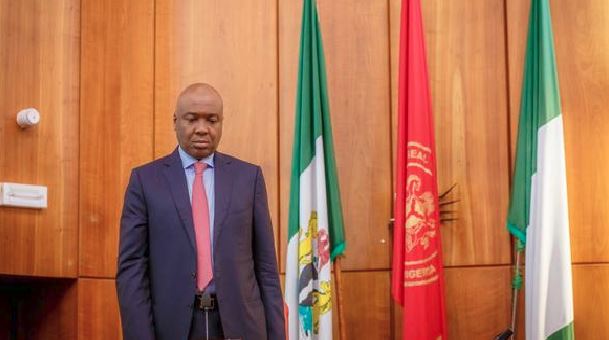 According to him: “When the defendant was governor of Kwara state between 2003 and 2011. The commission received several petitions from various groups. One of the petitioners was Kwara Freedom Network. They brought several petitions all bordering on abuse of office by the defendant, misappropriation of public fund and money laundering.

“The investigation report was reviewed by my team. In the course of our investigation, we discovered that there were several companies which were linked to the defendant. Some of them include Carlisle Properties Investment Ltd, Skyview Properties Ltd, LimKvars Ltd, and TIly-lie Ltd. Some of the companies maintain accounts at Gauranty Trust Bank(GTB), Zenith Bank, Access Bank, and other banks.

“From the investigation, it was discovered that the defendant maintained three accounts at GTB. The first account is a naira currency account, the second is a US dollar account and the third is a pound sterling account.

“It was discovered that money was used for purchase of property. The dollar account was also analysed. The major source of inflow into the dollar account was Tily-lie Properties Ltd, which was about $2m. Other source was from bureau de change companies. And the rest was cash lodgments by individuals.

“After that, because of the suspicious inflows into the account, the bank (GTB) officials were invited. The reason for the invitation of the officials was that some of the individuals who were making the cash lodgment into the account were bank officials.

“One Oluwa Tujimu reported to the commission. From our of interactions with him, we discovered that some of the lodgments were made through a superior at the bank, Bayo Daudu, who was the relationship manager of the account. In our interaction with Daudu, it was discovered the cash sums were handed over to him by the defendant for lodgment in the account. According to Daudu, he goes to Kwara state government house to collect the money from the defendant for lodgment into the account at the GRA Ilorin branch of GTB.

“Adama and Ubi were personal assistants to the defendant while he was governor. Further investigations revealed that other individuals who made lodgments into the account were fictitious. GTB said they had done the needful by reporting the suspicious transactions to FIU.”