FG holds National Summit on Culture and Tourism This April

The Federal Government will hold a three-day National Summit on Culture and Tourism later in April 2016 in furtherance of the Administration’s economic diversification agenda, the Minister of Information and Culture, Alhaji Lai Mohammed, has announced. 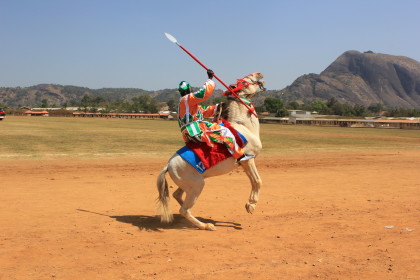 The Minister made the announcement in Abuja on Tuesday while declaring open a Working Session between the Ministry of Information and Culture and the British Council on the planned collaboration between the two.

”As you are very much aware, a major plank of this Administration’s policy is the diversification of the economy away from oil. To further this agenda, we in the Ministry of Information and Culture have been putting in place measures to fast track the diversification agenda in the Culture and Tourism Sectors.

”One of such measures is to critically assess veritable avenues of using Culture to drive Tourism in order to achieve a significant boost in the vast tourism potentials of the country. In view of this, we are happy to announce that the Ministry will host a three-day National Summit on Culture and Tourism from April 27th to 29th,” he said.

He commended the British Council for its efforts in forging the partnership with the Ministry in the Culture Sector.

”Ahead of a formal partnership between this ministry and the British Council, we have convened this meeting, or working session if you like, to provide the platform for better understanding between us; discuss the proposed areas of collaboration as well as to agree on an implementation plan for delivery of the agreed areas under the partnership.

”I am optimistic that this meeting will firm up our collaboration so that we can then have a comprehensive schedule of joint projects and the details of their implementation, especially regarding the areas to be handled by each partner,” the Minister added.

Earlier, the British Council’s Country Representative, Ms. Connie Price, who led a five-member team, said the Working Session was aimed at understanding the ministry’s priorities in the area of Culture in order to facilitate an agreement on the specific actions to be implemented.