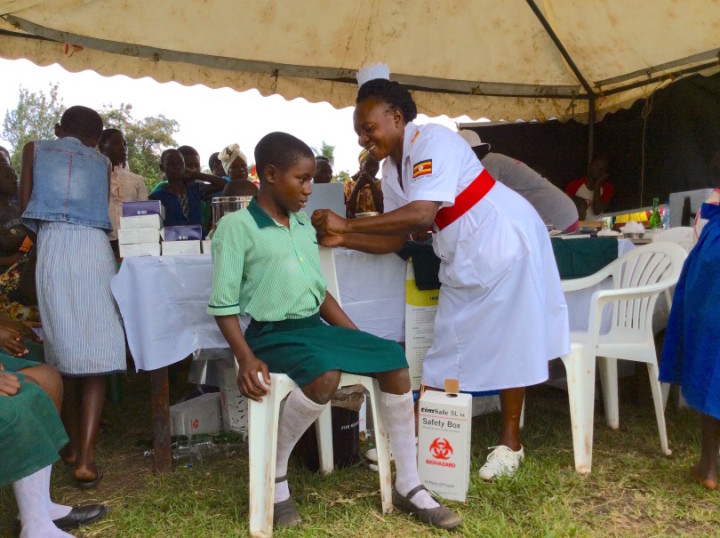 Ugandan government has warned that parents who failed to take their children for compulsory vaccinations would be prosecuted.

A statement released on Monday in Kampala said that under a new immunization law, signed by President Yoweri Museveni, parents or people preventing vaccinations could face fines of 63 dollars or six months in jail.

It said that the country was embarking on a mass immunization campaign against diseases, including measles, tetanus, hepatitis B, polio, diphtheria, yellow fever and whooping cough.
The statement said that the campaign targeted children below the age of five as well as some other groups such as young girls being vaccinated against cervical cancer and young mothers.

Andrew Bakainaga, Immunization Advisor with the World Health Organisation (WHO) in Kampala, disclosed that more than 90 per cent of those targeted had already been vaccinated, adding, however, that in some districts, the vaccination coverage “is very low’’.

“If one parent refuses to immunize, hundreds will be infected,” he said.

Bakainaga warned that children who had not been vaccinated could be barred from primary school.

Many Ugandans welcome the free vaccines, though some criticize the government’s coercive methods.

Livingstone Sewanyana from the Foundation for Human Rights Initiative said that for any legislation, there was need to strike a balance between rights and duty.

According to him, it is important to ensure the health of the children; however, government should use persuasion method and avoid the use of force.