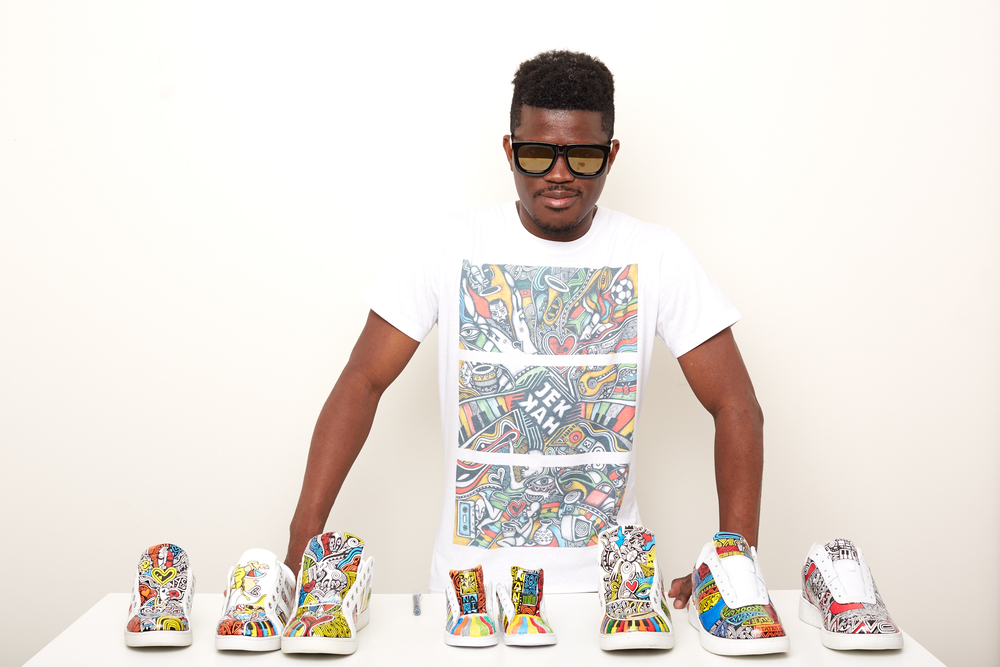 Born and raised in Ilorin, Kwara state Nigeria, Laolu is a Visual Artist, Musician, Human Rights Activist and a Lawyer.

He has a unique motto which says ‘Everything is My Canvas’ and takes it to heart.

Laolu puts his mark on everything from canvas, shoes walls and building, to clothing and even the body with his sacred art of the Ori.

There’s no separating Laolu from his Yoruba heritage; it is ever present in his work.

No doubt he is a strong advocate of holding onto one’s culture and spreading its glory.

He finds a way to marry his modern detail and ornate style with his Yoruba heritage by being one of the leaders in Afrofuturism art. 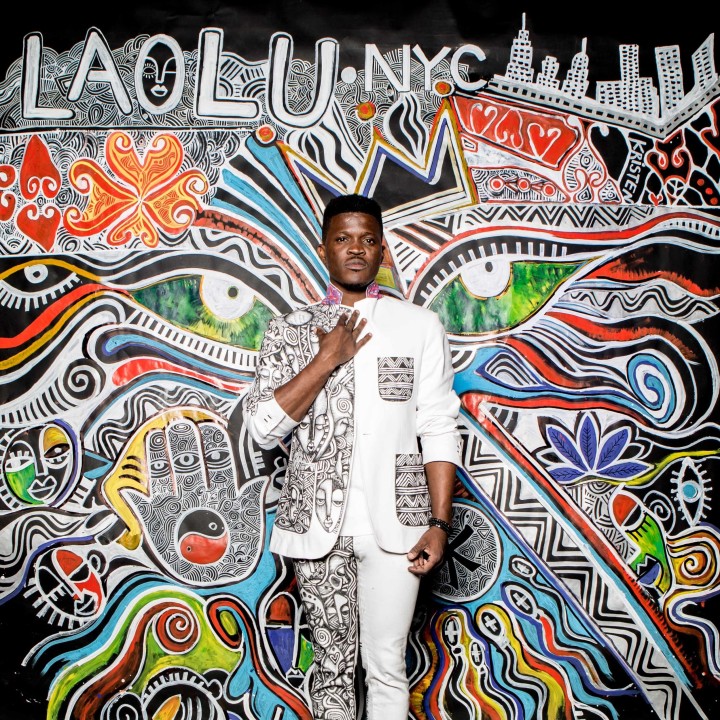 His preferred mediums are charcoal because it’s something as natural as life and death, and he also likes to dabble in acrylics, inks and even wood .

He took part in the just concluded Nike Airmax competition in New York which ran in march and featured several other talents.

Laolu was the only African on the roster of the event, from which he emerged winner.