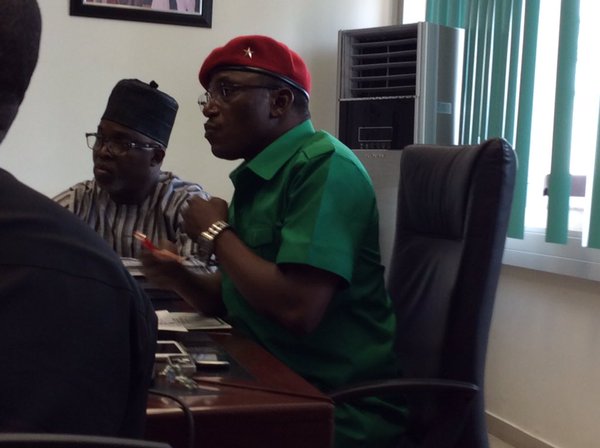 The Minister of Youth and Sports, Solomon Dalung, has given the Nigeria Football Federation (NFF) conditions for hiring a foreign coach for the Super Eagles.

Dalung gave the conditions to the NFF Executive Committee members at a meeting to chart a way forward for football in Nigeria.

The meeting was held at his National Stadium office, Abuja.

He said the NFF needed to convince him of the competence of the foreign coach they had in mind as the government was ready to do all it could to avoid a repeat of the Sunday Oliseh experience.

The minister tasked the technical committee alongside the NFF to show the cost and why the option of a foreign coach is viable.

He added that if it is indeed viable, they should also look at where the fund will come from.

The report is expected to be submitted to the Minister in 4 weeks, “as the hiring of a coach would be hinged on the report.” Dalung said.

He also said it was wrong for people to call for the resignation of the NFF President, Amaju Pinnick, because Nigeria would not be participating in the 2017 African Cup of Nation.

According to him, Nigeria’s inability to qualify for the tournament does not amount to failure.

He, however, urged the leadership of NFF to put its act together following the Super Eagles non qualification.

Dalung noted that instability in the employment of coaches, internal wrangling, and poor funding were the major reasons the Super Eagles failed to qualify.