Founding Member Of Boko Haram In DSS Net, A Major Breakthrough In The Fight Against Insurgency 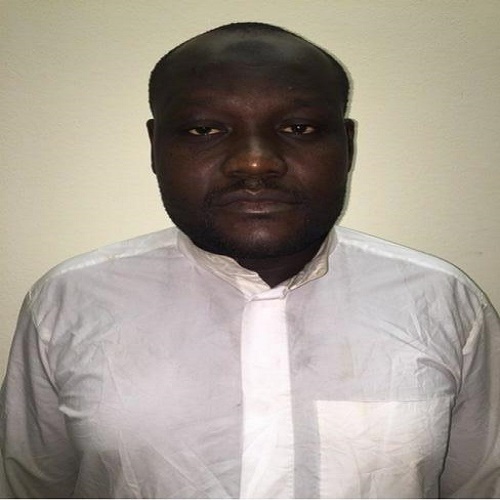 The Service made this known to the media in a press release on Saturday, it says this is a major milestone in its efforts to stem the tide of terrorism in the in the country.

Khalid AL-Barnawi was apprehended by the Service on 1st April, 2016, in Lokoja, Kogi State, while hiding under a false cover. AL-Barnawi was a founding member of the Jama’at Ahl as-Sunnah lid Da’wah Wa’l-Jihad (Boko Haram) and later the Amir of the break-away faction, Jama’at Ansarul Muslimim Fi Biladi Sudan (JAMBS).

The statement said that Khalid is a trained terrorist commander, who has been coordinating terrorist activities in Nigeria, while talent-spotting and recruiting vulnerable young and able Nigerians for terrorist training by Al-Qaeda in the Islamic Maghreb (AQIM) in North African States and the Middle-East.

It added that the subject was involved in many terrorist attacks in States of the Federation, including Bauchi, Kaduna, Kano, Katsina, Kebbi, Kogi, Sokoto and FCT-Abuja.

This resulted in the killing and maiming of innocent citizens of this Country.

AL-Barnawi is also responsible for the bombing of the United Nations building in Abuja, on 26th August, 2011; the kidnapping of two European civil engineers in Kebbi State in May, 2011, and their subsequent murder in Sokoto State.

He was also involved in the kidnap of a German engineer, Edgar RAUPACH in January, 2012, the kidnap and murder of seven expatriate staff of Setraco Construction Company at Jama’are, in Bauchi State in February, 2013.

The DSS said that he was also responsible for the attack of Nigerian troops at Okene in Kogi State, while on transit to Abuja for an official assignment.

It added that Khalid would soon be charged to Court to face his charges after investigation is completed.

“This arrest is a major milestone in the counter-terrorism fight of this Service.

This arrest has strengthened the Service’s resolve that no matter how long and far perpetrators of crime and their sponsors may run, this Service in collaboration with other sister security agencies, will bring them to justice.” The statement said.

In another development, the service said it has uncovered the heinous role played by members of the Indigenous Peoples of Biafra (IPOB), in the abduction/kidnap of five Hausa-Fulani residents, namely Mohammed Gainako, Ibrahim Mohammed, Idris Yakubu, and Isa Mohammed Rago at Isuikwuato LGA in Abia State.

The DSS said that the abducted men were later discovered at the Umuanyi forest, Abia State, where they were suspected to have been killed by their abductors and buried in shallow graves, amidst fifty (50) other shallow graves of unidentified persons.

The Service said arrest and investigation conducted so far, revealed that elements within the IPOB, carried out this dastardly action.

It warned the general public that IPOB, is gradually showing its true divisive colour and objectives, while steadily embarking on gruesome actions in a bid to ignite ethnic terrorism and mistrust amongst non-indigenes in the South-East region and other parts of the country.

“Following this act, tension is currently rife among communal stakeholders in the State with possibilities of spillover to other parts of country.” It said

The Service said it will not hesitate to act decisively within its statutory mandate to ensure that the sponsors and perpetrators of this action are apprehended and prosecuted for their crime.

The DSS enjoined law-abiding citizens to go about their civil duties and businesses freely, as efforts are being intensified by security agencies to maintain law and order in the State and across the Federation.