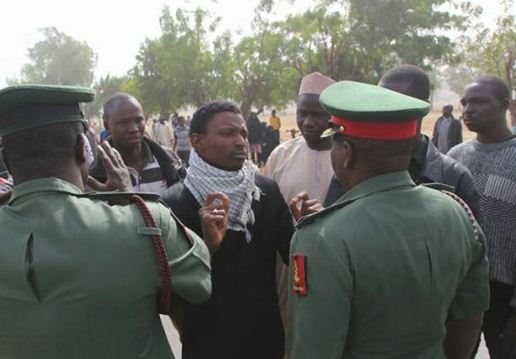 The Kaduna State Government said on Monday announced that 347 persons were killed during the Dec. 12 Shiite/Nigerian Army clash in Zaria.

The Secretary to the State Government (SSG), Alhaji Balarabe Lawal, disclosed this in a government submission at the ongoing Public Hearing of the Judicial Commission of Inquiry into the clash.

Lawal, who led a six-man government witnesses before the panel, said that 191 corpses were taken from the Nigerian Army Depot, Zaria, and were buried in Mando area in Kaduna.

The SSG said the corpses of youth Members of the Islam Movement (IMN) who allegedly attempted to attack the convoy of the Chief of Army Staff, Lt.-Gen. Tukur Buratai, on Dec. 12, 2015, in Zaria.

The state government said the corpses were committed into a single grave (mass burial) at the Mando area jointly supervised by the state government officials and about 40 men of the Nigerian Army, led by an officer in the rank of a Major.

The SSG said 189 suspects were being prosecuted for alleged involvement in the Zaria crises while one suspect had died in custody.

He said the state government had received several security reports from the Directorate of State Security (DSS) on the activities of the movement.

According to him, several measures had been taken to address the situation before it finally escalated into the clash with the Nigerian Army.

Another witness and Director-General, Kaduna State Interfaith Agency, Mr Namadi Musa, said the mass burial was conducted on Dec. 14 and Dec. 15, respectively, and it took the officials about six hours to complete the burial.

“The mass burial was authorised through a warrant of burial obtained from a Kaduna Chief Magistrates’ Court in Kaduna,’’ he said.

The state government blamed some of the lapses and the excesses of the movement on the inability of the previous government which did not take serious action to curtail the activities of the sect.

On alleged demolition of buildings and structures of the IMN leader, the witnesses said that the demolitions were based on recommendation of a committee set up by the state government.

The witnesses, including officials of KASUPDA, KAPWA and the state ministry of Works, Transport and Housing, told the panel that several other structures belonging to individuals had been demolished for poor building specifications and standards.