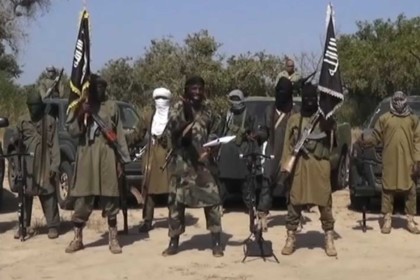 Our attention has been drawn to a piece published in your paper, by one Con Coughlin, identified as your Defence Editor, and titled, ‘Nigeria using UK aid to persecute president’s political foes rather to fight Boko Haram.’

The piece is not only full of factual inaccuracies, it also betrays a shocking level of ignorance of Nigeria and the country’s ongoing war against terrorism.

Mr Coughlin’s editorial tactic is to quote unnamed “senior officials” and “Western diplomats” and “Western officials” and “political opponents” making fact-free and unfounded statements. It also appears that he sought out only those opinions which suited and reinforced his disgracefully false headline. Nowhere in the piece is there anything that suggests he attempted to contact the Nigerian government for its own side of the story.

Coughlin writes that “American officials are also angry that $2.1 billion of aid given to the Nigerian military to tackle Boko Haram has not been properly accounted for.”

It does not occur to him that the $2.1 billion he refers to was budgeted for and wholly spent by the government that President Buhari and his party defeated in the March 2015 presidential elections, and that one of President Buhari’s priorities has been investigating the misuse of those funds.

It also does not appear to occur to Mr. Coughlin that the “political opponents” he is falsely accusing President Buhari of “targeting” and “persecuting” are actually on trial on account of how they spent the $2.1 billion in question. Mr. Coughlin is equally unaware of the fact that the investigating panel set up by Mr. Buhari to probe the $2.1 billion recently published a preliminary report that confirmed that much of that money was indeed looted or mis-spent by the accused persons, and that the government has started to recover the funds.

Coughlin accuses President Buhari’s government of attempting to cover-up the abductions of 400 women and children “abducted last year by militants from the Nigerian town of Damasak.”

This is absolutely untrue. The Damasak abductions he’s referring to, which were recently widely reported, took place, not “last year” as he says, but in late 2014, well before Mr. Buhari was elected President of Nigeria. (And, by the way, Mr Buhari came to power on May 29, 2015, not July, as Coughlin reports).

A simple search by Mr. Coughlin of his paper’s archives would have revealed these facts. A simple fact-check by his copy-editors would have spared the Telegraph the embarrassment of publishing this drivel.

There are several other inaccuracies and baseless statements in the piece, but Mr. Coughlin is too enamoured of his anonymous sources to realise they might be misleading him, or be as ignorant about the situation as he is. The suggestion that Boko Haram is going “from strength to strength” is an eminently laughable one; not even Nigeria’s opposition party would make such an absurd claim.

Since President Buhari took office, schools in Borno State, shut for more than one year under the previous government, have reopened. The same applies to the airport in Maiduguri, shut down in December 2013 after a devastating Boko Haram attack on the nearby military airbase.

Thousands of Internally Displaced Persons (IDPs) have now started returning home. Last Sunday, El-Kanemi Warriors Football Club played its first game in its home base of Maiduguri in more than two seasons. Until now they had been forced to play home games outside the region, on account of security concerns. There are several more examples of how the people of the region are finally getting a chance to rebuild their lives, as the Nigerian Armed Forces and a Multinational Joint Task Force continue their work of routing the terrorists.

Mr. Coughlin not only sounds like a spokesperson for the very people whose corruption and mismanagement allowed Boko Haram to bring Nigeria to its knees – and whose disastrous legacy President Buhari has spent the last one year redeeming Nigeria from – he is also guilty of failing to observe the most basic rules of responsible journalism.

Mr Coughlin needs a refresher course on responsible journalism as much as he needs a crash course on Nigeria. Until he submits himself to these, we’re afraid he will continue to embarrass not only himself, but also the revered British media institution that is the Telegraph.