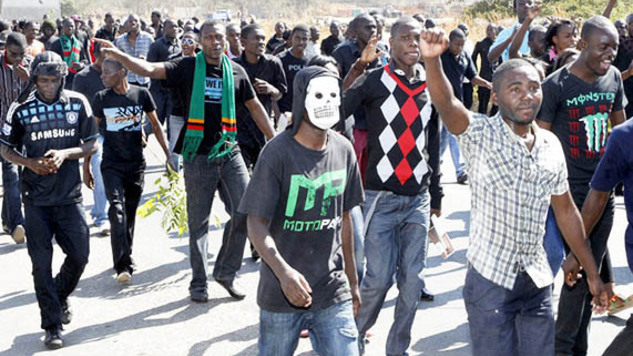 Residents of the Zambian capital Lusaka on Monday looted shops belonging to foreigners, accusing them of involvement in ritual killings, police said.

The xenophobic attacks reportedly started at a house and a shop belonging to an entrepreneur from Rwanda in the low-income Zingalume neighbourhood.

They then spread to nearby Chunga neighbourhood.

The rioting followed the discovery of a mutilated body in Zingalume on Saturday. Four suspects were arrested on Sunday.

The discovery was the sixth of its kind in or near the two neighbourhoods in two months.

The victims are believed to have been killed to obtain body parts for use in rituals aimed at obtaining wealth or power.

The police said the residents, who were chanting slogans, accused them, of not providing enough security.

They appealed to residents to be calm, as they are still investigating the murders. The Police spokesperson, Charity Munganga-Chandaalso assured them that those behind the killings will be brought to book.