The Nigeria Football Federation (NFF) said on Wednesday that Shaibu Amodu, the Technical Director of the NFF, and Salisu Yusuf would take charge of the Super Eagles on interim basis. 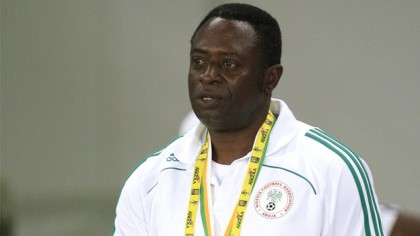 This was part of the decisions taken after Wednesday’s meeting of the NFF Technical Committee which took place at the federation’s secretariat.

The News Agency of Nigeria (NAN) gathered that the appointment would see the coaches lead the Eagles to the two international friendly matches against Mali and Luxembourg’s national teams on May 27 and June 1 respectively.

Yusuf will take charge of the team, while Amodu will supervise, the meeting agreed.

Imama Amapakabo, the coach of Rangers International FC of Enugu, and Kennedy Boboye, the coach of Abia Warriors FC of Umuahia, were appointed to assist, while Aloy Agu would remain the goalkeeper trainer.

The match against Mali will take place at the Stade Robert Diochon in Rouen, France, while Luxembourg will host the Eagles in Luxembourg.

Green, who failed to give further clarification on the meeting, said that he needed to get the permission of NFF President Amaju Pinnick to give full details of the meeting.

“I have to get clearance; most likely, if you call me this evening after we have talked to ourselves, then I can release it.

“It will not be right for me to release it without clearance; it is against our procedure.

“What we do is for the board to see it first and then agrees or throws it away.

“I will be speaking with Mr President, let him now coordinate his people and I will be able to release the outcome,’’ Green said.