The NFF Communique On Super Eagles

The Technical and Development Committee of Nigeria Football Federation met at the NFF Secretariat, Abuja on Wednesday, 20th April 2016 and took the following decisions: 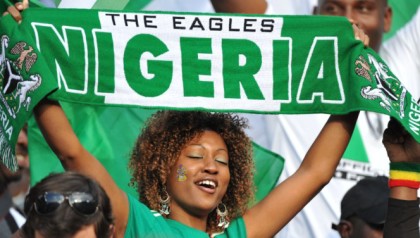 1) In view of the upcoming international friendly matches involving the Super Eagles and Mali and Luxembourg in Europe, the Committee appointed Salisu Yusuf as interim Head Coach of the team, to be assisted by Imama Amapakabor (1st Assistant), Kennedy Boboye (2nd Assistant) and Alloy Agu (Goalkeeper Trainer). This is in line with the NFF Board’s resolve to encourage and expose indigenous Coaches who show undoubted ability and capacity. The National Technical Director, Shaibu Amodu will play supervisory role.

2) After the friendly matches, and before the 2018 FIFA World Cup group phase draw, the Technical Committee will initiate the process for the selection of a substantive technical crew for the Super Eagles, with a Head Coach. A small team of eminently –qualified persons with the required pedigree will take charge of the process, and the best candidate would be selected, irrespective of whether he is indigenous or expatriate.

3) Committee called on the NFF Board to give Coach Samson Siasia all the support towards Nigeria winning the gold medal of the men’s football tournament of this year’s Olympics in Rio de Janeiro, Brazil. It noted that Siasia has been left out of the Super Eagles mix for now in order for him to fully concentrate on his very important assignment.

4) Committee also called on the NFF Board to give Coach Emmanuel Amuneke all the support as the U-20 National Team, Flying Eagles, begin the race for the Africa U-20 Cup of Nations, Zambia 2017. The committee noted with delight that Amuneke has picked most of the 2015 FIFA U-17 World Cup winners, which tallies with the vision of the present NFF administration for growth, continuity and seamless transition. It noted that Amuneke has been left out of the Super Eagles mix for now in order for him to fully concentrate on his equally important assignment.

5) The Committee congratulated the Super Falcons for the team’s qualification for the Africa Women Cup of Nations, Cameroon 2016, but observed that there is need for an overhaul of the team, particularly in certain playing positions. It therefore charged the technical crew headed by Florence Omagbemi to work assiduously towards re-engineering the squad before the finals in Cameroon.

6) With the draw for the FIFA U-20 Women’s World Cup, Papua New Guinea 2016 already conducted, and Nigeria’s Falconets set to confront Spain, Canada and Japan, the Committee called on Head Coach Peter Dedevbo to submit his programme for the World Cup in good time.

7) The Committee also called on the Head Coach of U-17 Women National Team, Bala Nikyu, to start working on his possible programme for the World Cup as there are only a few months after the Draw on 30th May and the kick –off of the tournament in September.

8) Committee approved the submission for a process to be initiated for the grading and certification of Nigerian coaches, beginning with the NFF C-License program in June 2016. This course would be conducted across the six geopolitical zones of the country.