The Secretary to the Government of the Federation (SGF), Mr Babachir Lawal, has inaugurated the newly reconstituted Committee on National Honours Award. 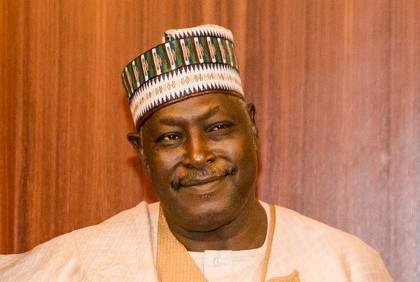 This is contained in a statement issued on Thursday in Abuja by Mr Bolaji Adebiyi, Director of Press in the office of the SGF.

The statement quoted the SGF as reminding members of the committee that the national award has two purposes.

“To recognize and honour citizens and friends of Nigeria who have distinguished themselves in their various endeavours and contributed immensely to the development of the nation.

“It is also intended to serve as motivation for all Nigerians to emulate the exemplary conduct and services of those being honoured and inspire them for such national recognition.

“For the national award to retain the prestige that it is accorded, recipients who conduct themselves in any dishonourable manner will be stripped of the national honour.

“This will be consistent with the stand of the present administration against all forms of corruption,” the statement quoted Lawal as saying.

It said Justice Alfa Belgore, the Chairman of the committee and former Chief Justice of Nigeria, commended the Federal Government for the appointment and pledged not to disappoint the nation.

The statement said the committee, which has 14 members, has Mr Gabriel Loto as secretary.