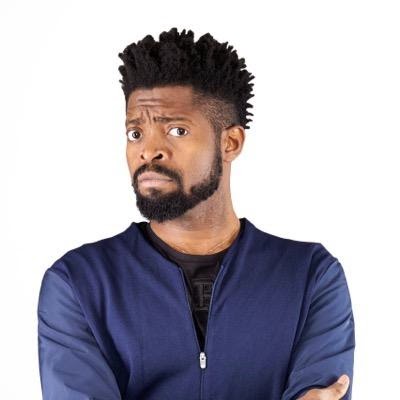 Basketmouth while speaking to the News Agency of Nigeria (NAN) in Lagos, said that many comedians would have gotten international fame and recognition if they were entertaining in English.

He said that Nigerian comedians also needed to step up their game in order to be globally competitive.

According to him, one of the major problem in the industry right now, which makes it difficult to break out of the cultural background and society is the language barrier.

He said ninety per cent of Nigerian comedians entertain their audience in Pidgin English and which limits their reach.

“You can only break even in Liberia, Ghana and Sierra-Leone, all English speaking West African countries, but can’t go beyond that in Francophone countries.

“So, if you continue being lazy as a comedian and not striving to be universal with your materials, you are going nowhere.” Basketmouth said.

“Joke is a joke, as long as you don’t make it too cultural because nobody in America, with the right audience, knows about the Warri people or the Yoruba people or Hausa.

He advised comedians to create jokes that are universal, pointing out that audience from other parts of the World, like America might not know much about the cultural background in Nigeria.

He also noted that South Africans can break into the Western world because of the fact that they deliver their jokes in English and their structure is better.