The Minister of Information and Culture, Alhaji Lai Mohammed, has called for the support of the private sector for the ongoing efforts to re-position the creative industries so they can contribute more to national development. 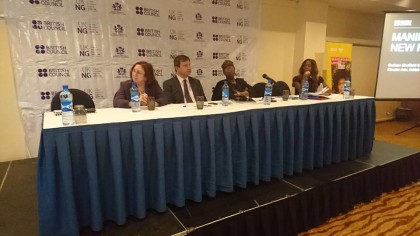 “We are calling on the private sector to partner with us to sponsor, in a more holistic manner, our arts and festivals,” the Minister said in a keynote address at the Creative Industries Conference and Expo, organised by the British Council in Abuja on Tuesday.

“We are ready to name our creative centres after corporate sponsors in these areas. This will be a win-win situation for us and our partners in the private sector, who will enhance the visibility of their products and services,” he said.

Alhaji Mohammed said the Ministry of Information and Culture is partnering with the British Council and the Tony Elumelu Foundation to map out the nation’s creative industries and build the capacity of practitioners.

“We will work with our partners to train festival managers in order to bring them at par with their counterparts elsewhere in the world, including those who organise the popular Brazil Carnivals in Rio and Copacabana as well as the Edinburgh festivals,” he said.

He commended the British Council for organising the conference, and noted that the timing could not have been better, “considering that it is coming just a day before we kick-start our own National Summit on Culture and Tourism.”

“This conference will not only enrich the summit, but will play a major role in our ongoing efforts to leverage on the Culture and Tourism Sectors to further the government’s economic diversification agenda,” the Minister said.

He said the Arts, Culture and Tourism Sectors are among those whose potentials are being harnessed “as we move to diversify our economy away from oil.”

“The Creative Industries alone offer incredible opportunities in terms of job creation, stability in the polity, moving millions of people out of poverty, addressing the issue of crime,stopping rural-urban migration and creating a local economy,” the Minister said.