In a renewed onslaught on the leadership of Boko Haram terrorists, troops have earlier today, Thursday 28th April 2016, again made an unprecedented catch. 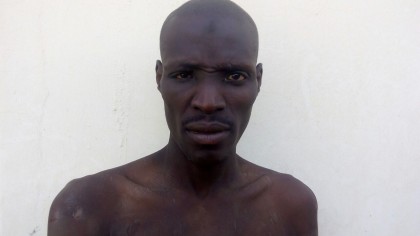 The gallant troops tracked and arrested 6 terrorists kingpins who sneaked into Kala Balge as a result of the onslaught of our heroic troops on the terrorists in Sambisa.

The 6 notorious Ameers (leaders), noted for getting logistics support and information for the Boko Haram terrorists, were arrested in a swift military operation by troops of Operation LAFIYA DOLE.
[metaslider id=9685]
The unrepentant and hardened insurgents who include Musa Kalile Sabakara (an Ameer), Babagana John (an informant and also seller of foodstuffs), Isah Abakar (an Ameer) and Usman Abasa, (who specializes on cattle rustling and selling of food stuffs), as well Bukar Gujja (a tailor who prepare clothes for the terrorists) and Bukar Kahalifa (also a tailor who prepares the dress for the Boko Haram terrorists), are presently undergoing interrogation.