President Muhammadu Buhari on Friday in Abuja condemned the increased global risk to journalists in the performance of their professional duties. 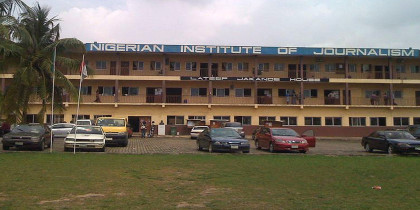 The President spoke at the opening of the Congress of the Federation of
African Journalists hosted by the Nigeria Union of Journalists (NUJ).

The News Agency of Nigeria (NAN) reports that the president delivered a keynote address on the theme: ”The Political Change and the Safety of Working Journalists in Africa”.

Buhari, who was represented by the Minister of Information and Culture, Alhaji Lai Mohammed, said the risk came in the form of “harassment, arrests, detention and murder”.

“According to the Committee to Protect Journalists (CPJ), 72 journalists were killed globally in the year 2015, the most recent information available in that respect. Eleven of the 72 who died in that year were killed in Africa.

“The same year, out of 20 listed deadliest countries for journalists, five were from Africa – South
Sudan, Somalia, Kenya, Democratic Republic of Congo and Libya.

“Also, 90 journalists are currently being detained in many countries.

“It is, therefore, fitting that the safety of working journalists in Africa will be of concern to your organisation, the Federation of African Journalists, ” he said.

The President said that journalists were targeted not only to restrict the free flow of information, but increasingly as leverage to secure huge ransoms and political concessions through sheer violence.

He charged the Federation to work with the governments of their countries to remove the existential threats to
media practitioners.

He said the Federation could also work with other organisations committed to the protection of journalists.

“It is also important for media institutions to ensure the adoption of best safety protocols for their journalists.

“They must develop and implement procedures and tools aimed at ensuring the physical and
psychological safety as well as the digital security of journalists, ” he said.

The President said his administration saw the media as a partner in progress, and “has never contemplated harassing, not to mention killing, any journalist” .

“The media represents the eyes and ears of the world and attempt to
silence it through the harassment, arrests, detention and murder of
journalists, is akin to making the world go blind and deaf.

“I can report to this Congress that not a single journalist is being detained or harassed in our country today.

“The government of the day is not a threat to the media, and it is not about to stifle press freedom or deny anyone his or her constitutionally guaranteed rights, “he said.

The president also noted that his Administration placed preference to security and welfare of its citizens.

He declared the summit open and wished participants fruitful deliberations.