Pennsylvania appeals court on Monday cleared the way for the first and only criminal case against Bill Cosby to proceed. 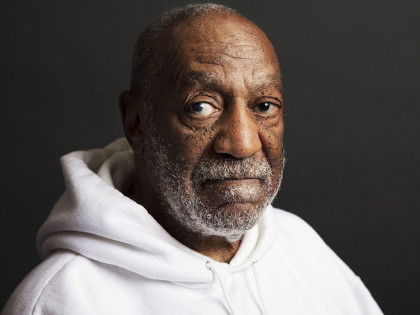 The court rejected the comedian’s attempt to have the charges thrown out due to a deal he contends was reached with prosecutors a decade ago.
The state Superior Court had put the case on hold while it considered whether to take up Cosby’s unusual pretrial appeal.

The 78-year-old actor and comic is charged with drugging and assaulting Andrea Constand, a former basketball coach at his alma mater, Temple University, at his home in 2004.

Constand, now 44, is one of more than 50 women who have come forward to accuse Cosby of sexually assaulting them in a series of attacks dating to the 1960s.

The allegations have toppled Cosby, who built a long career on family-friendly comedy, from his position as one of the U.S. best-loved entertainers.
Constand’s case is the only one that has led to criminal charges, partly due to statutes of limitations.

Cosby faces a number of civil lawsuits from his many alleged victims.

Monday’s ruling clears the way for a preliminary hearing, where prosecutors are expected to outline some of the evidence against Cosby.
“We did not believe that the defense had a right to appeal at this stage.

“And we are gratified that the court came to the same conclusion,’’ Montgomery County District Attorney Kevin Steele said in a statement.
Representatives for Cosby did not immediately comment.

Lawyers for Cosby, who has denied any wrongdoing, had argued that former Montgomery County District Attorney Bruce Castor had promised not to prosecute Cosby in the Constand case.

This was to be in exchange for Cosby’s agreement to give a deposition in her civil lawsuit.

But current prosecutors countered that no written deal existed to back up that contention, and said Castor was not legally authorised to bind his successors from pursuing criminal charges.

In February, Pennsylvania Common Pleas Court Judge Steven O’Neill rejected Cosby’s bid following a two-day hearing, at which Castor testified that he agreed not to prosecute Cosby if he sat for the deposition.

Cosby has portrayed the encounter with Constand as consensual and said he gave her an anti-allergy medication.