President Muhammadu Buhari commiserates with the Sultanate, the Government and people of Sokoto State on the passing away of the Walin Sokoto, Ambassador Hamzat Ahmad, on Saturday. 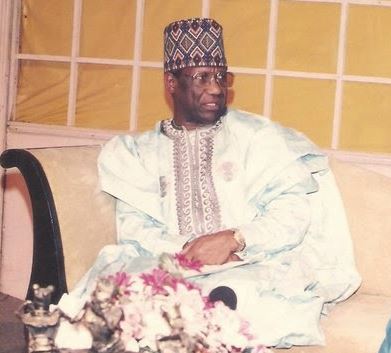 In a condolence letter to the Sokoto State Government, President Buhari described the late Walin Sokoto as a reputable public servant and a highly distinguished diplomat, who spent most of his life in the service of his country.

The President believes the demise of the former Nigerian Ambassador, who served in London and Washington DC, is a great loss to his community and the entire Nigeria.

“I have learnt with deep shock and grief of the passing away of Alhaji Hamzat Ahmad (Walin Sokoto). His death is a great loss to Sokoto State, the diplomatic and business communities and to the Nigerian public service”.

“Alhaji Hamzat served meritoriously as a senior civil servant in the old Northern Nigeria Government and with the Federal Civil Service. In Lagos, he held the post of Principal Secretary to the then Head of State, General Yakubu Gowon, whom he served with diligence and loyalty”.

“Please convey my sincere condolences to His Royal Highness, the Sultan of Sokoto, his family and the good people of Sokoto State on the demise of their illustrious son,” the President wrote”.

President Buhari prayed that the Almighty God will grant the soul of the late Walin Sokoto a peaceful rest, and grant his family the strength to bear the loss.