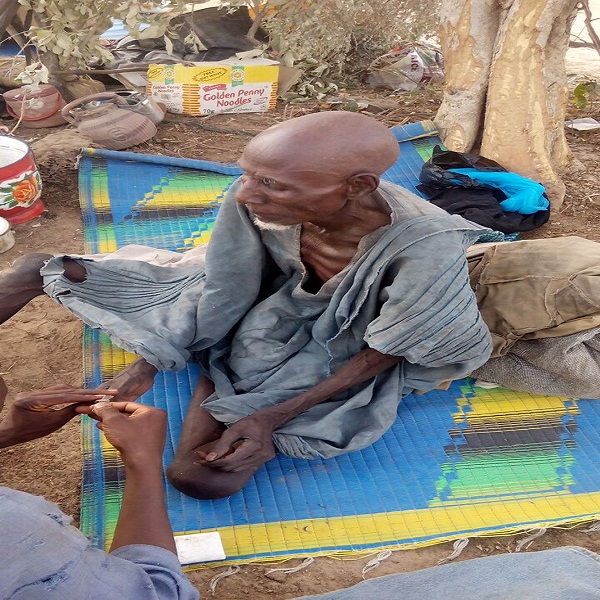 The Nigerian Army says that troops have rescued a 80 Year old Man from Boko Haram terrorists.

This was made known in a statement issued by Acting Director Army Public Relations, Col. Sani Kukasheka on Tuesday. He said that the atrocities committed by Boko Haram terrorists knew no bound.

He said that the elderly man, Mallam Ibrahim Matuk stated that he suffered untold hardship in the hands of the Boko Haram terrorists who killed all his children while in  captivity.

Boko Haram, referred to by themselves as Wilāyat Gharb Ifrīqīyyah (Islamic State West Africa Province, ISWAP), and Jamā’at Ahl as-Sunnah lid-Da’wah wa’l-Jihād “Group of the People of Sunnah for Preaching and Jihad” is an Islamic terrorist group based in northeastern Nigeria, also active in Chad, Niger and northern Cameroon. Boko Haram has also been translated as “Western influence is a sin” and “Westernization is sacrilege”. The group’s leader is Abubakar Shekau. The group had alleged links to al-Qaeda, but in March 2015, it announced its allegiance to the Islamic State of Iraq and the Levant (ISIL). Since the current insurgency started in 2009, it has killed 20,000 and displaced 2.3 million from their homes and was ranked as the world’s deadliest terror group by the Global Terrorism Index in 2015.

By March 2015, Boko Haram tally of lost Nigerian towns included Mubi, Bama and Gwoza to the Nigerian army. The Nigerian Security authorities said that they had taken back 11 of the 14 districts previously controlled by Boko Haram. In April, four Boko Haram camps in the Sambisa Forest were overrun by the Nigerian military who freed nearly 300 females. Boko Haram forces were believed to have retreated to the Sambisa Forest and Mandara Mountains, along the Nigeria-Cameroon border, where they have been facing a continuous onslaught from the Nigerian Military. Rebuilding of several reclaimed towns from Boko Haram sect started in 2015 with Assistance from EU, World Bank and United States. Estimates of total infrastructure rebuilding cost for the North-east by the World Bank is around $2.1 billions.