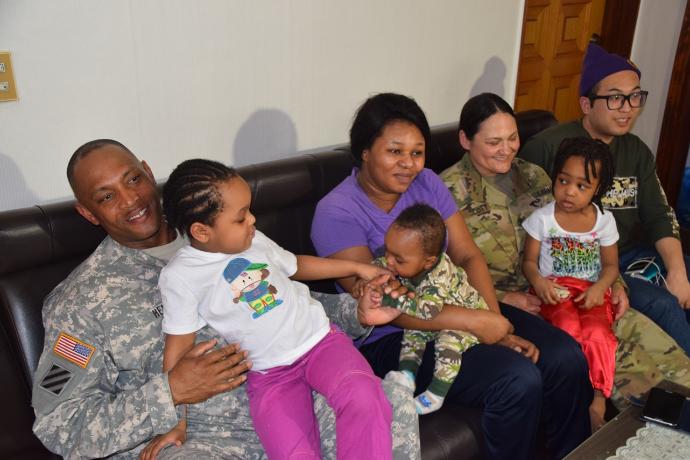 KBS: Master Sgt. Daniel Raimondo, upon seeing the burning building outside Osan Airbase, urged the people on the street to help hold a blanket while convincing the three mothers to throw their babies and then themselves from the fourth floor window.

A group of U.S. service members in South Korea jumped into action, catching the three children and mother who jumped out of the fourth floor of a burning building to escape a fire on Friday.

Master Sgt. Michael Henry and 1st Sgt. Melanie Scott – two of the service members – were shopping in Pyeongtaek Friday when they heard screaming and smoke billowing from the building, DVIDS reports.

“We saw a lady shimmying down the side of the building and realized there was a woman holding a baby out of the window several floors up,” Scott said. “The next thing I know we were both holding blankets to catch babies as a woman dropped them out of a window.”

“It was so difficult to drop my children,” Precious Enyioko said. “It was so dark in the room and the kids were coughing and crying. When I saw the people gathering with the blanket, I could see it was military members, I thanked my God.”

Henry, Scott, airmen from the 51st Fighter Wing and Eighth Fighter Wing at Kunsan Air Base and South Korean citizens all coordinated in the rescue effort.

“I was very impressed by the courageous U.S. military members who helped with the rescue,” Min Lee, the son of a local business owner who called 911, told DVIDS. 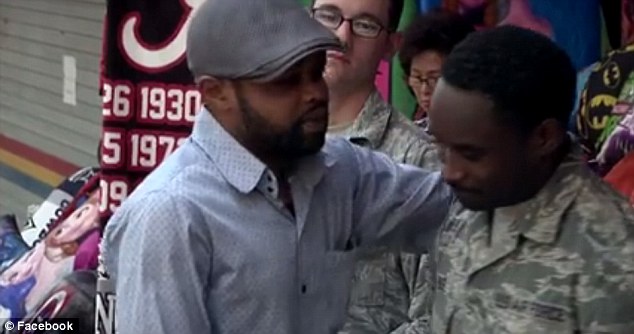 Some of the soldiers and airmen visited the mother at a friend’s home a few days after the blaze. It was not immediately clear what sparked the fire.

“Without them I don’t know what I would do – I am so grateful for the wisdom of the military men and women,” Prince Enyioko, the husband, told DVIDS. 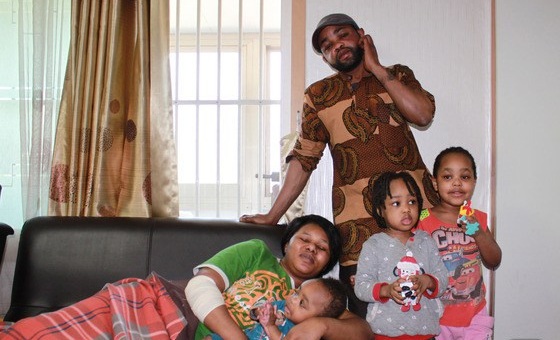 Enyioko said his wife, Precious, suffered injuries from the fall but his three children appear to be doing well. The kids’ ages ranged from 7 months to 4 years.

“It was so difficult to drop my children,” Precious Enyioko said. “It was so dark in the room and the kids were coughing and crying. When I saw the people gathering with the blanket, I could see it was military members, I thanked my God.”

Scott said he and his fellow soldiers responded by following the Army’s values. “Those values give you everything you need to put yourself in harm’s way to help somebody else,” he said.